Menu
Account Login
Back to all events Claim this event 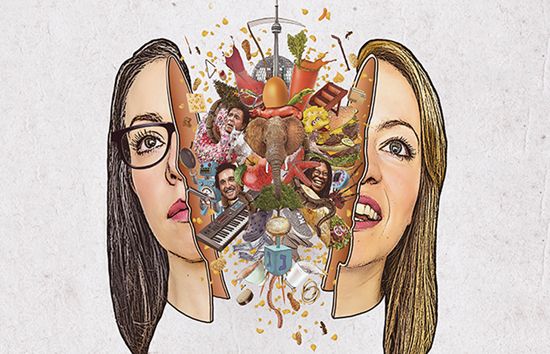 Before The Screaming Starts

In January, the suspiciously unsimilar sisters Flo & Joan – whose songs have racked up over 50 million views online – watched the Bros documentary. Through the tension and arguments of estranged siblings Matt and Luke Goss, Flo & Joan glimpsed a possible future waiting for them; a lot of dog portraits, male pattern baldness and the occasional argument over the use of pyrotechnics. Despite this ominous foreshadowing, they are doing their best to ignore the warning signs and focus on writing some more waggish songs to parade about the place.

“Should you require a respite from reality, please delight in the medicine of two warbling deadpan champions” Nick Offerman

“Musical comedy hasn’t been in such safe hands for years” Brian Donaldson, The List