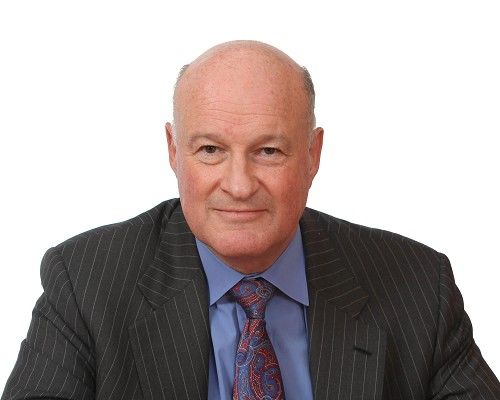 Co-op Bank has issued an apology for its past failings as it racked up losses of £1.3 billion and warned a return to the black was unlikely before 2016.

Niall Booker, who became chief executive in June, said the bank still had "significant issues" to resolve, having come close to collapse last year following the discovery of a £1.5 billion hole in its balance sheet. It emerged today that Mr Booker will be paid up to £2.9 million this year to lead the turnaround plan, on top of the £1.7 million he has already received.

The potential sum of £4.6 million for 18 months' work is near to the £5 million in deferred bonus payments that Co-op Bank said today it plans to withhold from former directors who were at the institution prior to its demise. The bank has been at the heart of the wider group's current difficulties, in a year that also saw a drugs scandal involving former bank chairman Paul Flowers.

Despite the turmoil, Mr Booker said customers stayed loyal to the bank last year, with the number of current accounts up slightly to 664,775 and retail deposits down by less than 1% at £27.9 billion.

He said: "We appreciate that customers and other stakeholders continue to feel angry about how past failings placed the future of the business so seriously at risk. I would like to apologise to them, to thank them for their continued loyalty and to thank colleagues for their commitment during such difficult times."

The Co-op Group now owns 30% of the bank after a rescue that saw control handed to bondholders in a move avoiding the need for a taxpayer bailout. However, the bank still needs another £400 million from shareholders in order to cover additional legacy issues, such as the cost of PPI redress. If the wider Co-op Group, which is still the largest shareholder in the bank, chooses not to take part in the proposed fundraising it will see its own interest in the business shrink again.

Mr Booker, a former HSBC executive, said he was "very confident" the bank will secure the funds, even if the Co-op Group does not participate in the cash call.

The fundraising is expected to lift the bank's capital ratio - a key measure of its financial strength - to around 9.8%, compared with the current 7.2% and the regulatory minimum requirement of 7%.

Mr Booker plans to simplify the business, reduce costs and return the bank to its roots in focusing on retail and small and medium-sized business customers. It will also canvass opinions from customers about the bank's ethical policy as it looks to rebuild trust in the business.

Today's loss of £1.3 billion reflects the scale of the bank's bad assets, such as those acquired from its ill-fated takeover of the Britannia building society, as well as conduct and legal risks of £412 million.

Mr Booker warned that the bank will also make losses for this year and 2015.

He added: "It is early days but initial progress on our business plan is encouraging and we remain enthusiastic about the long-term potential for the bank."

The Co-op Bank revealed that 1,000 staff - equivalent to 14% of headcount - left the business last year. Mr Booker, who has pledged to stay with the bank until its position stabilises, said he had made sure that a significant proportion of his remuneration was tied to the improved performance of the bank.

It emerged in the annual report that Mr Booker was paid £1.7 million last year, including £943,000 as a fixed allowance "that takes account of the broad range of specialist skills required of the role". The allowance is equivalent to £140,000 per month and is payable quarterly up until June 2015, the Co-op said.

The £5 million of withheld payments from former directors and senior executives relate to performance targets which have not been met as well as from some of the legacy issues at the bank.

“Gremlins” spark chaos at the Co-op

Co-op to be exempt from Retail Tax?