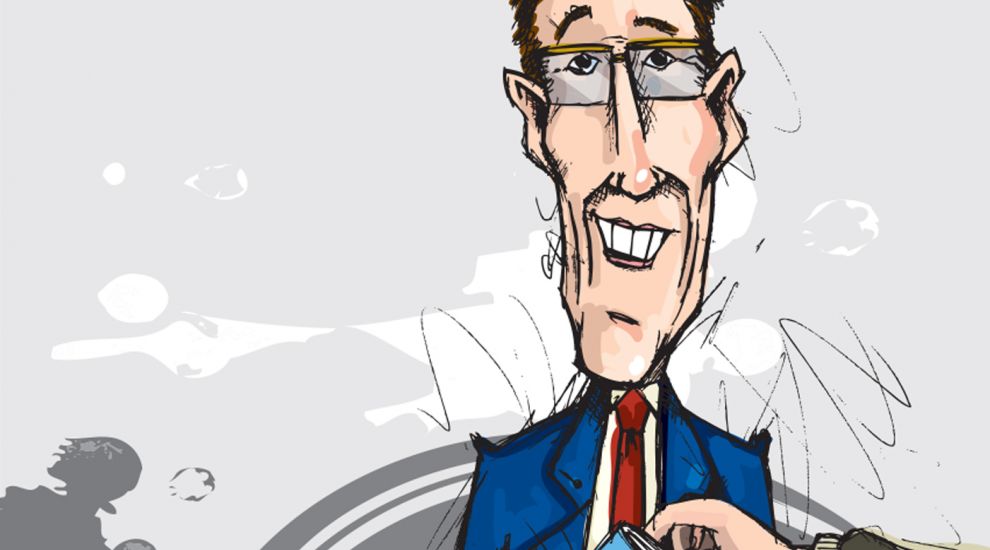 What's a government's primary role? In this month's column, in Connect magazine, The Fool argues that its role is to serve the public, delivering services in the most cost-effective manner possible. So how does that square with the recent decision to implement a Living Wage for all States workers and contractors?

"‘A liberal is someone who feels a great debt to his fellow man, which he proposes to pay off with your money.’

"Considering he was a lawyer, an FBI agent, and a high-ranking political assistant, G. Gordon Liddy proved a surprisingly incompetent thief. His conviction for his part in the Watergate burglaries led to four-and-a-half years’ incarceration, a $40,000 fine, and ultimately to the downfall of a President. But just occasionally, as the above quote proves, his distaste for political BS (and wonderfully irascible personality) shone through.

"Whilst we are on the subject of thievery in public office, and being possessed of a similarly ornery streak (begat unfortunately of experience), I have always held a belief that a government’s primary role is to serve the public. In exercising the powers we grant it, we presume that the government will act without fear or favour, and, given the fact that it is the taxpayers picking up the bill, that they will deliver their services in the most cost-effective manner possible.

"Policing, education, waste disposal and the like are things we willingly pay for through our taxes, as without any of these vital services, our existence would quickly dissolve into a Hobbesian nightmare (Thomas rather than Bilbo) being “poor, nasty, brutish and short.” (Maybe not so un-Tolkien like after all). When, however, governments begin to extend their reach into areas outside the provision of essential services, the public quite rightly begin to question their motives.

"As specific government departments (*cough*, ‘health promotion’, *cough* ‘competition regulator’, ‘St Mary’s road planning department’) or ‘charities’ such as Oxfam, who rely on substantial government funding, are presently experiencing, once you take the public’s money, any ‘confusion’ over the way in which that money is spent can bring very rapid, and very harsh, excoriation. 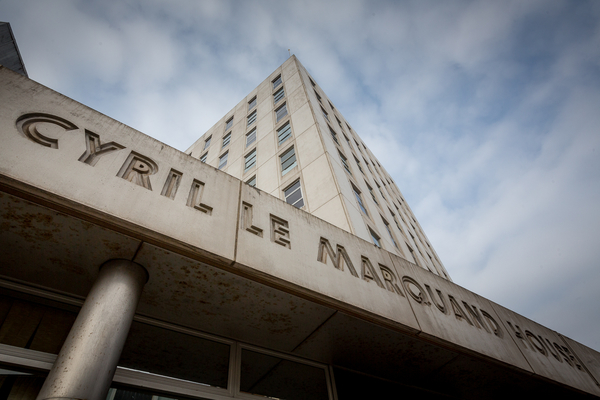 Pictured: The States have agreed £1m to pay their contractors a living wage, at least £9.75 an hour.

"In the light of recent failures, and the growing public backlash against ‘mission creep’, try this one for size. The States are apparently “leading the way by backing the living wage.” The Chief Minister has announced that the States would be adopting the living wage as promoted by the catholic development organisation, Caritas, and will shortly require that all companies contracting with the States pay their staff the living wage. This raises a number of issues.

"Firstly, in order to fulfil their responsibility to the public, the States should be aiming to operate on the most cost-effective basis possible. If firms are willing and able to provide services to the States with staff who are willing to work for lower wages than a purely subjective ‘living’ wage, the government are taking the conscious decision to charge taxpayers more than they need to. What is to stop the award of future States’ contracts being determined by who promises to pay their staff the most, and hang the public cost? Using people’s taxes to further certain representative’s social agendas, stinks.

"Secondly, for whom is this arbitrary wage supposed to provide a ‘living’? A non-gender identifying single living in a one bedroom flat, has a totally different cost of living to a married father-of- hree living in a three bedroom house. Yet, they will all be entitled to the same hourly rate, which means that some will be overpaid relative to their expenditure, and some underpaid.

"But thirdly, and most egregiously, let there be no confusion about this. In the future, companies engaging with the States will have to comply not with the legally  defined minimum wage, but a wage defined, on a purely subjective basis, by a religious organisation. Let that sink in for a moment.

"Whilst enjoying your moment of pondering, you might care to check out Caritas Jersey’s website. I grant you, it is difficult not to be completely underwhelmed by its level of usability, and clarity. Perhaps peruse its latest available online Report and Accounts, dating back to August 2015, when we are told that 67% of total ‘donations’ were spent on such vital issues as ‘consultancy fees’, ‘travel and entertaining’, ‘annual lectures’, the hiring of a photographer, and most mysteriously, ‘Election Promotion’, whatever that might be. Oh, and startling proof that one gets what one pays for, £560 for its website.

"Whether any public funds were provided to the charity by the States on behalf of taxpayers, as part of ‘Donations Received’ totalling £ 25,567, is not possible to tell, given the paucity of detail provided. A partisan religious organisation, irrespective of their undoubtedly well-intentioned aims, should not be able to dictate, via the States, what hourly rate companies should charge the public for services provided.

"Might we, in the spirit of cost effectiveness, and religious freedom, look forward to a reduction in the rate when The Church of Latter Day Saints releases their living wage assessment of £ 7.50 per hour?

"Ian Gorst and his cronies backing this affront to taxpayers would be well advised to remember the fate of Gordon Liddy’s boss, when his government were found to be operating outside the mandate provided by their employers, the voting public. At least the Watergate burglars had the decency to wear gloves."

You can read the Fool's column every month in Connect magazine, here.