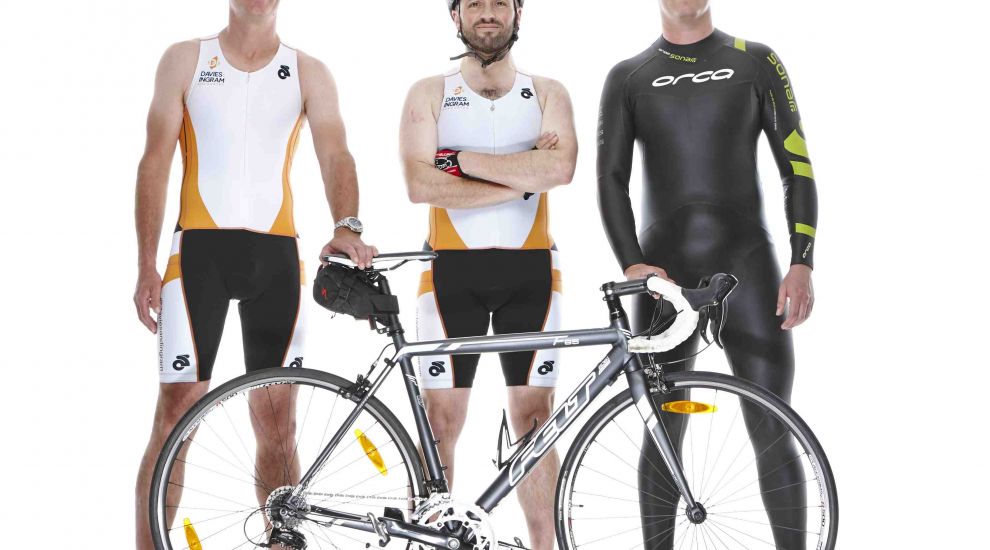 Solicitor General Howard Sharp is swapping his official ropes for figure-hugging sporting apparel this weekend to compete in the Jersey Triathlon.

Mr Sharp and two friends - Russell Davies from Davies & Ingram Advocates and Darren Amy of Mange Tout - will be swimming, cycling and running on Sunday to see who crosses the finish line first and to raise money for the local charity, Help a Jersey Child.

Mr Davies said: "I was inspired by seeing Jersey’s very own professional triathlete champion, Dan Halksworth, competing in Canada and came home convinced I should give it a try. After a little persuasion, Darren and Howard agreed to join me and although reality set in once our training schedule got tougher, we are determined to do our best. Naturally, we’ll be trying to beat each other but the most important thing is to raise as much as we can for such a deserving charity."

Davies & Ingram Advocates, where Mr Davies is Head of Operations, are sponsoring Dan for the next year as he competes at national and international level, including the Glasgow Commonwealth Games and next year’s Island Games in Jersey, and are providing the three novices with support and kit for the event.

Help a Jersey Child supports individuals or groups of disadvantaged children or young people, and also works with groups or charities to support specific local projects.

The three friends are competing in the Jersey Triathlon’s Olympic course, which consists of swimming 1.5 km, cycling a 40km course and running for 10km.