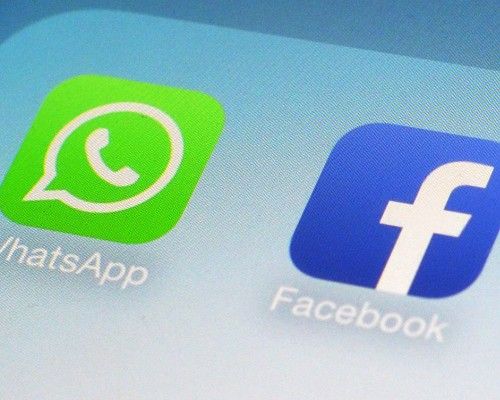 The agreement also provides for an additional three billion US dollars (£1.8 billion) in restricted stock units to be granted to WhatsApp's founders and employees to be paid in four years. Around 70% of WhatsApp's monthly 450 million users use the application every day, Facebook said.

Mark Zuckerberg, founder and chief executive of Facebook, said: "WhatsApp is on a path to connect one billion people. The services that reach that milestone are all incredibly valuable." Jan Koum, co-founder and chief executive of WhatsApp, said: "WhatsApp's extremely high user engagement and rapid growth are driven by the simple, powerful and instantaneous messaging capabilities we provide.

"We're excited and honoured to partner with Mark and Facebook as we continue to bring our product to more people around the world."

The WhatsApp brand will be maintained, and its headquarters will remain in Mountain View, California. Mr Koum will join Facebook's board of directors, and WhatsApp's core messaging product and Facebook's existing Messenger app will continue to operate as stand alone applications.

The new move from Facebook comes after it recently reported record revenues of 2.5 billion dollars (£1.5 billion) from 750 million daily users. The end of quarter results, published at the end of last month, showed a revenue rise of one billion dollars (£0.6 billion) on the same period last year. A total of 757 million people used the world's biggest social media platform every day between October and December, up from 618 million the same time in 2012.

Professor Will Stewart from the Institution of Engineering and Technology said it was a wise move for Facebook.

"Obviously WhatsApp adds instant messaging to Facebook which must strengthen their position for the moment. Equally, all app types rise and fade, so established social media formats like Facebook will be overtaken by something new, and picking up candidates that might have ultimately replaced them may be a good survival strategy for a while."

He said it shows the growing significance of mobile, but added: " Facebook has been around a while now so the real question is what comes next?"

Lost shopping leads to outpouring of help for young family