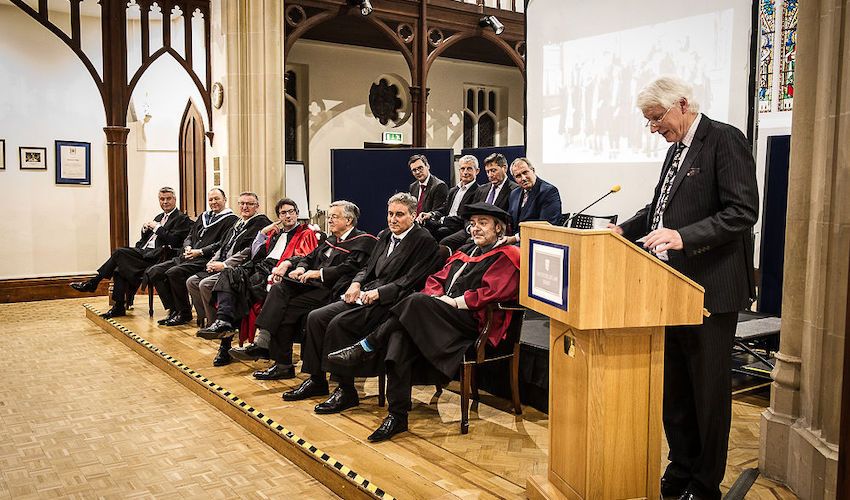 Sir Michael Birt received his Master of Laws during the Institute's third graduation ceremony on 1 March.

The ceremony was attended by the Baillif, Sir William Bailhache; the Deputy Bailiff, Timothy Le Cocq; the former Bailiff and founder of the Institute of Law, Sir Philip Bailhache, as well as the Education Minister, Tracey Vallois and Highlands College Principal, Steve Lewis.

The Institute's Dean, Professor David Marrani, opened the ceremony congratulating the students on their achievements. "As part of the network of centres of the University of London, the Institute of Law has been commanded again this year, as one of the best in the world for the quality of its teaching and for the great results of our students," he said.

"Many of our students received best marks in their academic subjects and once again we achieved world class recognition. Just to remind you UOLIP has 18,000 students so to achieve that level of results is quite stunning." 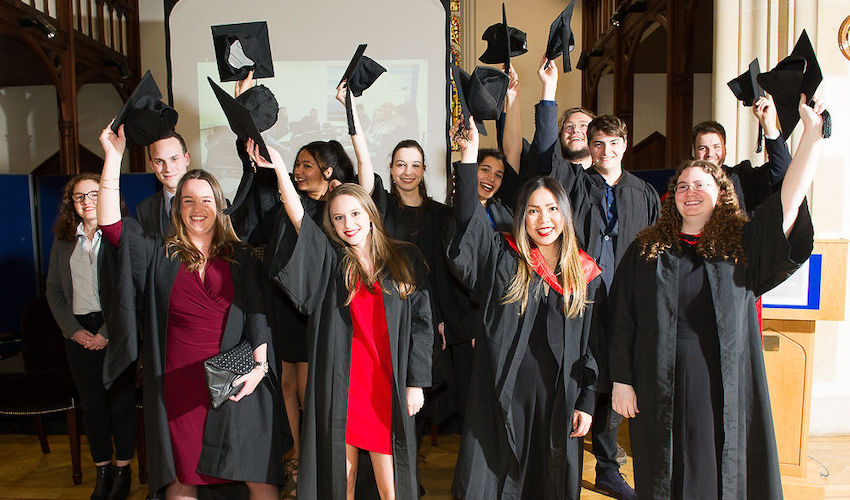 Pictured: The Institute's students at the graduation ceremony.

Advocate Stephen Baker, the Chairman of the Governing Body of the Institute, said it was a great pleasure to recognise the graduating students for their hard work. "The governors congratulate the students and staff of the Institute for the energy they put into making the Institute such a success," he said. "We look forward to more local students taking the opportunity to obtain such a high quality education locally."

"That a University if London law degree is available to the people of Jersey is something for the island to be proud of," he added. "We also look forward to more students attending from the University of Toulouse and further afield. The thriving community of overseas students here is also something the Island should be rightly proud of."

The Institute of Law, which is a Recognised Teaching Centre of the University of London, was founded in 2009. It offers a variety of diplomas, certificates and degrees and gives students the opportunity to study both  the LLB and a French law degree (licence en droit) concurrently. There are currently 112 students enrolled, 36 of whom are French.

Baker and Partners expand into London