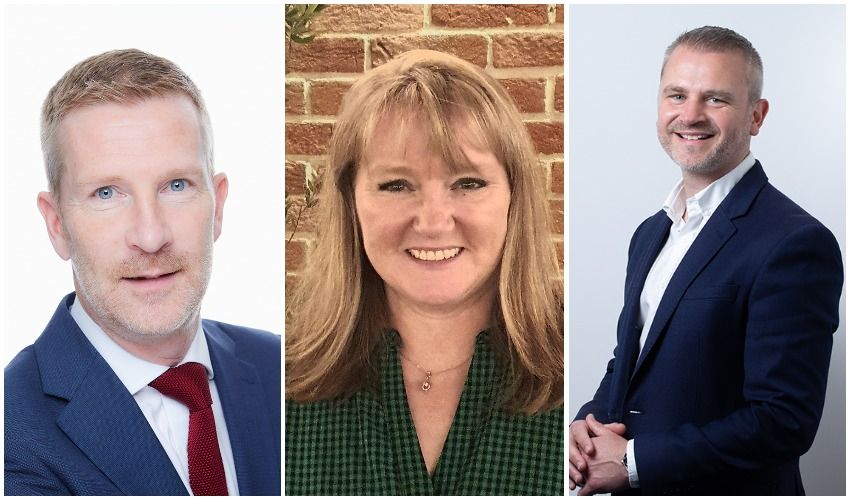 Sue Beavil, Craig Grant, and Jimmy Kelly will be expected to provide strategic direction for the association in areas of finance, marketing and human resources, to help the JFA achieve its mission of “uniting a football community to make Jersey a better place to live.”

Ms Beavil, who has more than three decades’ experience in professional services, has been involved in sport as a competitor and on the side lines throughout her life, having secured a degree in Sport from the University of Leeds. Since arriving in Jersey three years ago, she has become involved in coaching Normads Ladies’ Hockey Team.

Chartered accountant and law firm Practice Director Craig Grant is a former Muratti footballer, who captained Jersey to a 2-1 victory in 2001. While he no longer plays, he still follows the sport locally and is also a keen cyclist.

Mr Kelly, who recently received his IoD Certificate in Company Direction, has worked in coaching and leadership for 20 years, most recently through his locally based company Performance Now.

He was a member of the coaching unit that supported the JFA Women’s Football Team on their journey to scooping Gold in the 2015 Island Games, is Performance Coach to Team Jets netball, and also helps coach the St.Lawrence Under-15s football club on weekends.

“We are absolutely thrilled to be welcoming three new Directors of such high calibre,” said JFA President Bradley Vowden.

“Each one of them provides our board with a unique background and perspective and we look forward to their expertise and guidance in the coming years.”