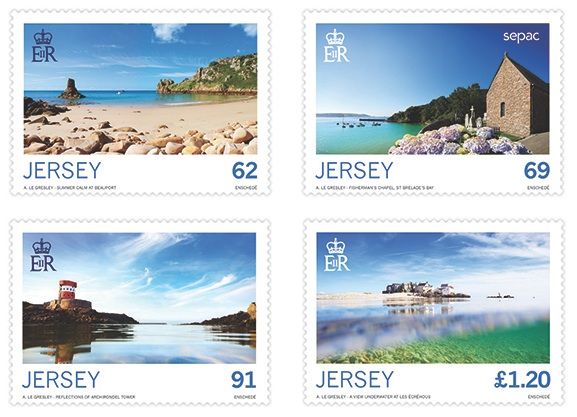 The stamps are the first part in the series, Jersey Seasons, and feature photographs taken by local photographer Andy Le Gresley, of the Island’s bays and breath-taking coastal panoramas.

Jersey Post’s Philatelic marketing executive Rachel Norris, said: “Jersey is beautiful during the summer months and we’re really proud to be issuing a set of stamps showcasing the Island’s most picturesque coastal spots. Andy Le Gresley has captured the vivid colours of the island’s sun-kissed summer landscapes perfectly.
Jersey stamps are seen by people all over the world so this issue is a brilliant way of introducing people to the Island and perhaps encouraging them to come and visit some of the places featured on the stamps.”

Can you find the post office a new home?