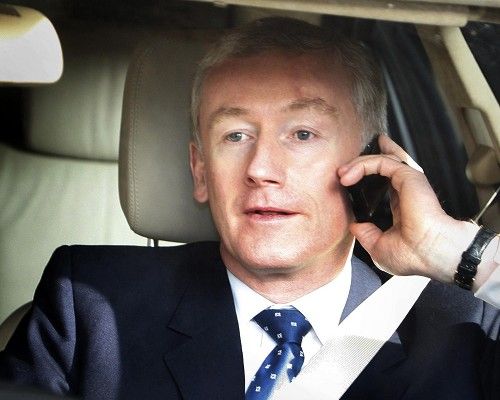 A High Court judge has queried a bill submitted by lawyers representing the Royal Bank of Scotland (RBS) and its former chief executive Fred Goodwin.

Mr Justice Hildyard said a £115,000 "statement of costs" - outlined during the latest stage of litigation featuring RBS, Mr Goodwin and shareholders who have sued in a bid to recover investment losses - appeared "disproportionate".

The judge said the costs claim would need "more careful scrutiny". Litigation centred on an RBS share offer in the summer of 2008 - a few months before the bank failed and was given emergency Government support following a global financial crisis, said the judge.

The RBS share price had "deteriorated very considerably" and scores of investors were seeking recovery of "enormous" losses on the grounds that a prospectus had not been "accurate or complete", he added. Mr Justice Hildyard said the total value of claims ran into billions of pounds.

During the latest stage of litigation, at the High Court in London, investors had asked the judge to order RBS to produce a "formal budget" providing details of money being spent on litigation. The judge had refused - saying the application was premature. RBS, Mr Goodwin and other named defendants, had subsequently asked the judge to order investors to pay the legal costs they had run up defending that budget application - and submitted a "statement of costs" in the sum of £115, 025.

Mr Justice Hildyard ruled that investors should pay half of the RBS legal bill and said the costs run up would have to be assessed in detail. He added, in a written ruling published last week: "The statement of costs in the grand total of £115,025.04 appears disproportionate and would need the more careful scrutiny of detailed assessment."