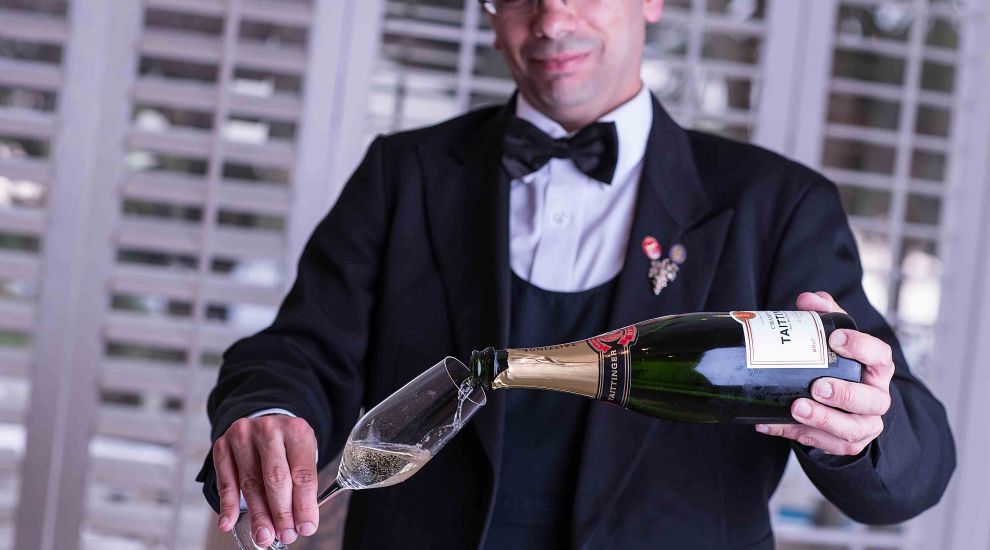 Sergio dos Santos of The Atlantic Hotel has made it through to the regional finals of the Academy of Food and Wine Service’s Sommelier of the Year Competition.

Mr dos Santos has reached the national finals on three previous occasions in recent years. He will be competing in London on 6 May. The final of the competition, which is sponsored by Moët & Chandon has been running for more than 30 years and recognises the essential role played by the sommelier in a top restaurant, will be held London in June.

The Atlantic’s  owner and Managing Director, Patrick Burke said: “All of us at The Atlantic are very proud that Sergio has been shortlisted once again to compete amongst the top sommeliers from some of the best restaurants in the country. This achievement is testament to his hard work and dedication and accolades such as this can only serve to enhance Jersey’s growing reputation in the restaurant world.”

Mr dos Santos trained as a sommelier at Le Thalassa, a traditional restaurant in his hometown of Lorient in Brittany. He joined the team at The Atlantic Hotel in 2007 and his previous experience includes working at the Hôtel Million in Albertville, the Hotel Majestic Villa des Lys in Cannes and the five-star Chewton Glen Hotel in Hampshire