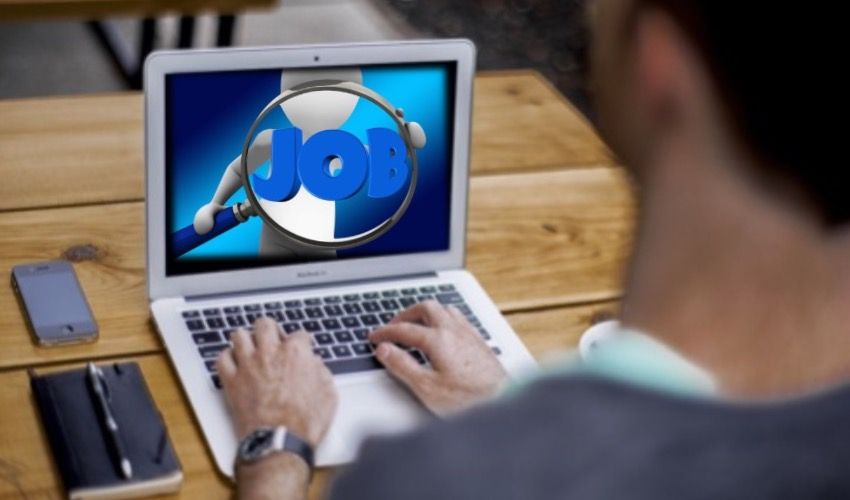 The number of islanders that have been out of work for more than a year has risen.

The figures came in the 'Registered Actively Seeking Work' report for the final quarter of 2019 released by Statistics Jersey.

It showed that the total number of islanders that had been unemployed for more than 12 months and were actively seeking work (ASW) rose to 240 - 30 more than at the end of the previous year.

100 of those individuals were engaged in some form of paid employment but classified as 'underemployed'. Three-quarters of this group were women.

In case you missed it, yesterday we published the Registered Actively Seeking Work - Fourth Quarter 2019 Report. You can read the full report here: https://t.co/N8TZSqEV33. pic.twitter.com/XiUIv3mFKA

In total, 880 islanders were registered with Customer and Local Services as seeking work at the end of December - nine out of 10 of which were receiving income support.

There were more women (510) than men (370) registered and the majority of individuals (80%) were either from Jersey or British. 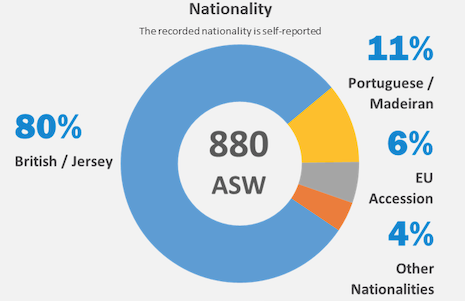 Pictured: The nationality breakdown of those registered with Customer and Local Services.

11% were Portuguese or Madeiran, while the last 10% are made of EU nationals and other nationalities.

Around a third (32%) of registered ASW had been registered for three months or less.

Almost a third (31%) of individuals - 270 - registered as ASW were claiming Long-Term Incapacity Allowance.