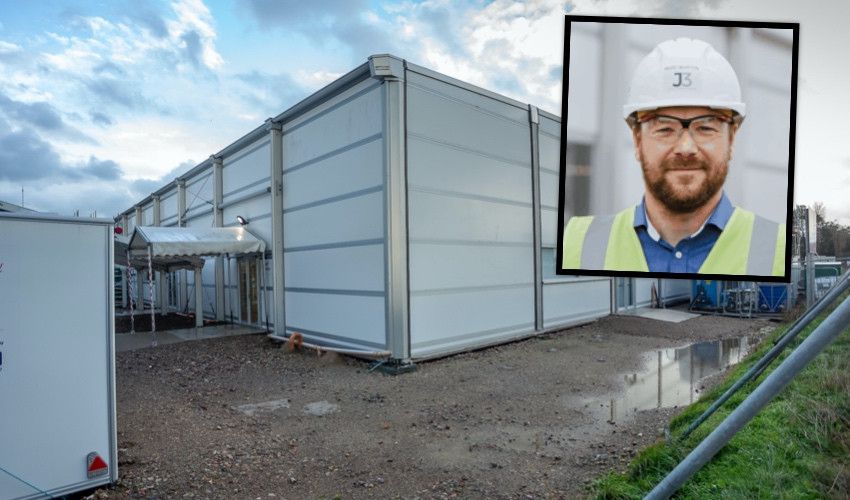 A Jersey executive has been named Construction Manager of the Year for his role in building the Nightingale Hospital at Millbrook.

Marc Burton MBE has received the accolade from the Chartered Institute of Building.

Executive Director for the Garenne Group, Mr Burton beat 76 other finalists in ten categories to win the award. He also became an MBE in the 2021 honours list for his work on the hospital.

Mr Burton project managed the Jersey Nightingale Wing from a playing field to a 180-bed fully functioning hospital in 25 days. 541 people and 83 local businesses worked around the clock to build the facility in time.

He said: “I’m so honoured to receive this significant award. The Jersey Nightingale was an unbelievable project to be involved in and like all great projects, this was only made possible because of the efforts of everyone involved who all contributed to the project’s success and everyone should be rightly proud of their achievements.

“The Jersey construction industry is a great place to work and to represent Jersey on such a stage is an absolute privilege”.

Caroline Gumble, Chief Executive of CIOB, said: “Our Construction Manager of the Year competition has always been about highlighting the very best of leadership and talent in our sector.

“Every year I’m impressed by those who make it to the finals but I’m particularly delighted this year that a long-standing member of the Institute and long-time champion of the industry has been recognised for his achievements.”