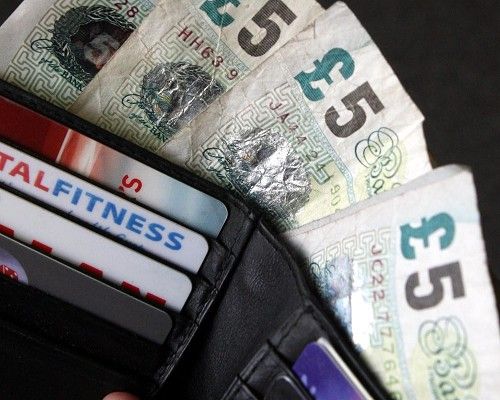 Living standards are unlikely to have recovered to their pre-crash levels by the time of next year's general election, a leading economic think tank has warned.

The Institute for Fiscal Studies (IFS) said that while the fall in household incomes has now probably come to a halt, living standards are still "dramatically" down on what they were before the global financial crisis hit in 2008. In its latest analysis, the IFS said families on low incomes could turn out to be the biggest losers of the recession years, with the prospect of fresh cuts to benefits and tax credits adding to the squeeze on living standards for the least well off.

The findings are likely to intensify the bitter debate over the cost of living which has dominated the political agenda in recent months.

With average household incomes at their lowest level for almost a decade, the IFS said there was "little reason" to expect a strong recovery in living standards over the next few years.

Real earnings are not expected to return to their 2009-10 levels until 2018-19, according to official forecasts by the Office for Budget Responsibility, meaning it was "highly unlikely" that living standards will have recovered to pre-crash levels by 2015-16.

Overall, the IFS found the fall in living standards had been broadly the same across the income range, with those at the top suffering the biggest squeeze in incomes while those at the bottom were hit hardest by rising prices.

In contrast, the IFS found poorer families, who spend a higher proportion of their incomes on food and fuel, had suffered more as a result of inflation.

Between 2008 and 2013, energy prices rose by 60% while food was up 30% - compared to a 20% increase in prices overall, according to the Government's favoured measure of inflation, the CPI.

At the same time those on low incomes were less likely to have benefited from cuts in mortgage rates, which largely helped the better off.

As the economy picks up, however, the IFS said that improvements were unlikely to be felt so evenly across the income range, with the prospect that those at the bottom could be the last to see their living standards recover.

"Average living standards have fallen dramatically since the recession, as income growth has failed to keep pace with the rate of inflation. This fall in average incomes has largely been driven by declines in real earnings," the report said.

"Looking forward, however, the combination of recovering real earnings and further cuts to benefits and tax credits is likely to mean that nominal income growth will be lower towards the bottom of the distribution.

"Unless differences in inflation are reversed, this could mean that low-income households will see the largest falls in living standards over the period of recession and fiscal consolidation as a whole."

"And on current forecasts real earnings are not expected to get back to the level they were in the final year of the last Labour government until 2018/19. In other words, working people are worse off under the Tories."

TUC general secretary Frances O'Grady said: "The IFS analysis shows that years of recession and stagnation have taken their toll on household finances, with many families thousands of pounds worse off today than they were before the crash.

"Last year's recovery failed to improve people's earnings and unless things change, workers across Britain could face a decade of pay stagnation.

"If the Government really wants to help hard-working people, it should lead by example and become a living wage employer, as well as using the £240 billion it spends in the private sector every year to encourage other employers to pay a living wage too."

Chancellor George Osborne said that while the report showed how much poorer the country was as a result of "Labour's great recession" it also indicated that the fall in household incomes had probably come to a halt.

"Only by continuing to work through our long-term plan will we secure a better economic future for hard-working people. Abandoning it for Labour's plan of more borrowing, spending and taxes will put the recovery at risk," he said.