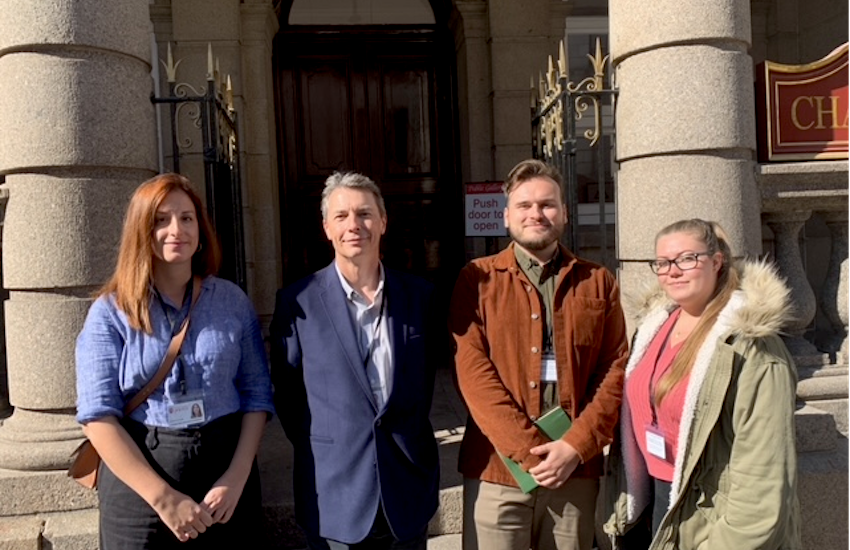 Four ‘policy apprentices’ have started work in Government as part of a three-year scheme aiming to strengthen policymaking in Jersey.

The new starters, who will be enrolled on a course with King’s College London, will work with three different teams for up to a year in a range of areas:

"Before now, if Jersey graduates wanted to work on policy they would have to relocate to Whitehall," Paul Wylie, Group Director of Policy, explained.

"This new scheme provides the chance to solve the big problems, be trained by a world-class institution and see real results – all whilst living and working on the island. I hope we can take even more apprentices next year."

New starter Edward Wilkins said he was "immediately drawn in by the opportunity to learn more about public policy, both in general and within a Jersey context, as well as contribute to policy in Jersey."

"Contributing to Jersey's political makeup and being part of the team that has such an important role to play in the community would be incredibly rewarding," he added.

"Midlife career changer" Bruce Carnegie, meanwhile, said he was "particularly drawn to the opportunity to learn from the ground up and develop a suite of new skills in an area that I find fascinating. This apprenticeship provides me an invaluable entry point to a new vocation that I would have otherwise been unable to attain."

He continued: "I want to be part of an organisation that connects with multiple organisations and communities and works hard for the purpose of making real and tangible improvements for the people of Jersey."