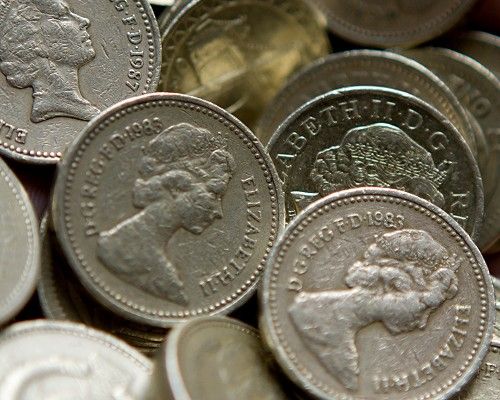 The pound set another four-year high against the US dollar today, cheering holidaymakers and shoppers but posing a problem for attempts to re-balance growth with a focus on manufacturing and exports.

Sterling's recent strength has contributed to low inflation as it means imports are relatively cheaper in shops, while it also means UK tourists can get more for their money when travelling abroad. However, the ongoing struggle to revive the beleaguered manufacturing sector will not be helped by key export markets finding that goods stamped with the Made in Britain label are ever more expensive.

The pound climbed to 1.68 US dollars at one point today, the highest level since late 2009, though later fell back a little. It came as a Rightmove survey showed house sellers' asking prices had seen their biggest year-on-year jump since 2007. Bank of England policymakers have said they are keeping a watchful eye on the property market for signs of overheating that could create an unsustainable bubble.

The latest signs of buoyancy will have done nothing to dampen City speculation that the Bank's policymakers will want to hike interest rates from their current historic low of 0.5% sooner than previously thought. Last week, it abandoned forward guidance linking rates to unemployment, with the jobless figure close to reaching the 7% threshold which would allow the Monetary Policy Committee to consider a rise.

The Bank's governor Mark Carney signalled that rates would still need to stay well below pre-recession averages but did nothing to refute City estimates that they would inch up by 0.25% next spring, and even refused to rule out a hike this year. Policymakers at Threadneedle Street also upgraded their forecasts for the UK's economic growth, further bolstering sterling. However, Mr Carney has made clear his view that the recovery is unbalanced - too reliant on domestic demand and yet to see the improvements needed in business investment and exports.

Latest trade figures offered some hope as the monthly deficit narrowed sharply to a 17-month-low of £1 billion in December, though this was partly down to erratic factors such as a fall in aeroplane and ship imports. Despite being seen as a sign for celebration, the narrowing shortfall was still a dismal performance when compared with the trade surplus of 18.5 billion euro (£15.2 billion) for the month posted by the powerhouse German economy. Meanwhile, manufacturing expanded by only 0.3% over December - a smaller than expected growth rate.

The sector shrank by 0.6% over the course of 2013, less than it did the year before but still the second annual drop in succession as its performance remains well below its pre-recession peak.

Howard Archer, chief UK and European economist at IHS Global Insight, said: "Improving global growth is seen helping UK manufacturers' export orders during 2014, although the upside for export orders may well be constrained by only gradually improving domestic demand in the eurozone.

"Furthermore, UK manufacturers may be hampered by sterling's strength."