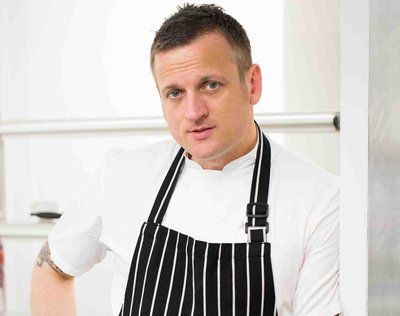 Richard Allen, executive head chef at Tassili restaurant at the five star Grand Jersey, and his team are celebrating after learning the restaurant has retained its coveted Michelin Star status for the fourth successive year.

Mr Allen said: "To continue receiving this prestigious award year after year is a huge honour.

"I am incredibly proud of the whole Tassili team, who have worked tirelessly to deliver the exceptional standards of service and unique culinary experiences required to uphold our Michelin Star status. Jersey continues to thrive as a food destination, having become one of the most successful and respected gastronomic regions in the UK. Our renewed Michelin Star status confirms that Tassili remains to be an integral part of this exciting food revolution in Jersey."

"Tassili continues to play a vital role in the success of Grand Jersey as one of the island’s leading hotel properties. Richard and his team are committed to using high quality, fresh local ingredients to create inspiring menus that have become both recognised and revered locally and nationally," added Eamonn Elliott, general manager at Grand Jersey.

Mr Allen has won a string of awards for his culinary excellence. He was included in the prestigious Debrett’s People of Today list, while the restaurant itself is featured in the prestigious Good Food Guide and also holds three AA rosettes. Mr Allen, who joined Tassili as executive head chef in 2007, was also crowned Hotel Catey Hotel Chef of the Year in 2012.

Grand Jersey has also had an exceptional few years, winning awards and recognition across the board. The hotel is named on TripAdvisor’s Certificate of Excellence list 2014, which recognises excellence within the hospitality industry.