Unplugged: The business of competition 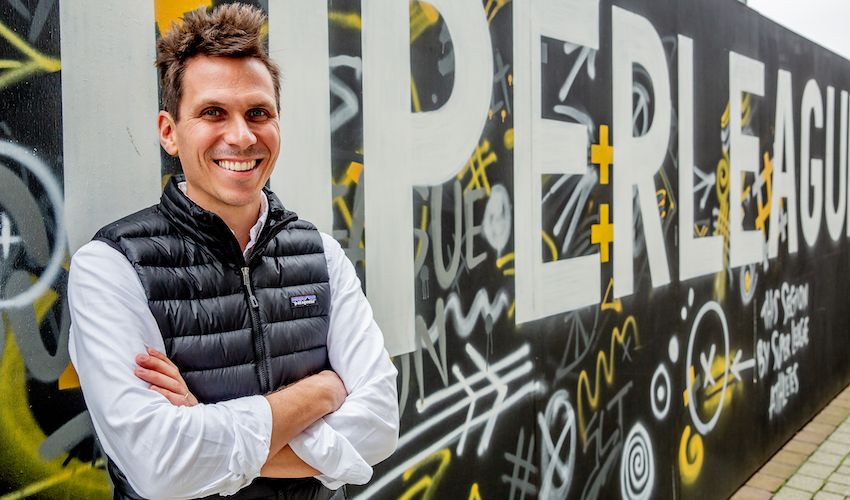 Unplugged: The business of competition

Just a few years ago, how would you have rated the chances of getting some of the world’s top athletes to jump into our marina, before running or pedalling around the Waterfront?

It’s a journey which began before the 2012 Olympics in London, and has criss-crossed the globe, before arriving on a piece of reclaimed land on the southern edge of St. Helier.

Super League Triathlon returns to the island again next month, promising extensive global exposure for the island, and the chance for islanders to take part in one of the sports of the moment – something the Government are investing in, to the tune of £1.25m until 2022.

Next year is another ‘Olympics year’ so this year’s event will give local people the chance to see close up some of the athletes who may be household names in the summer. 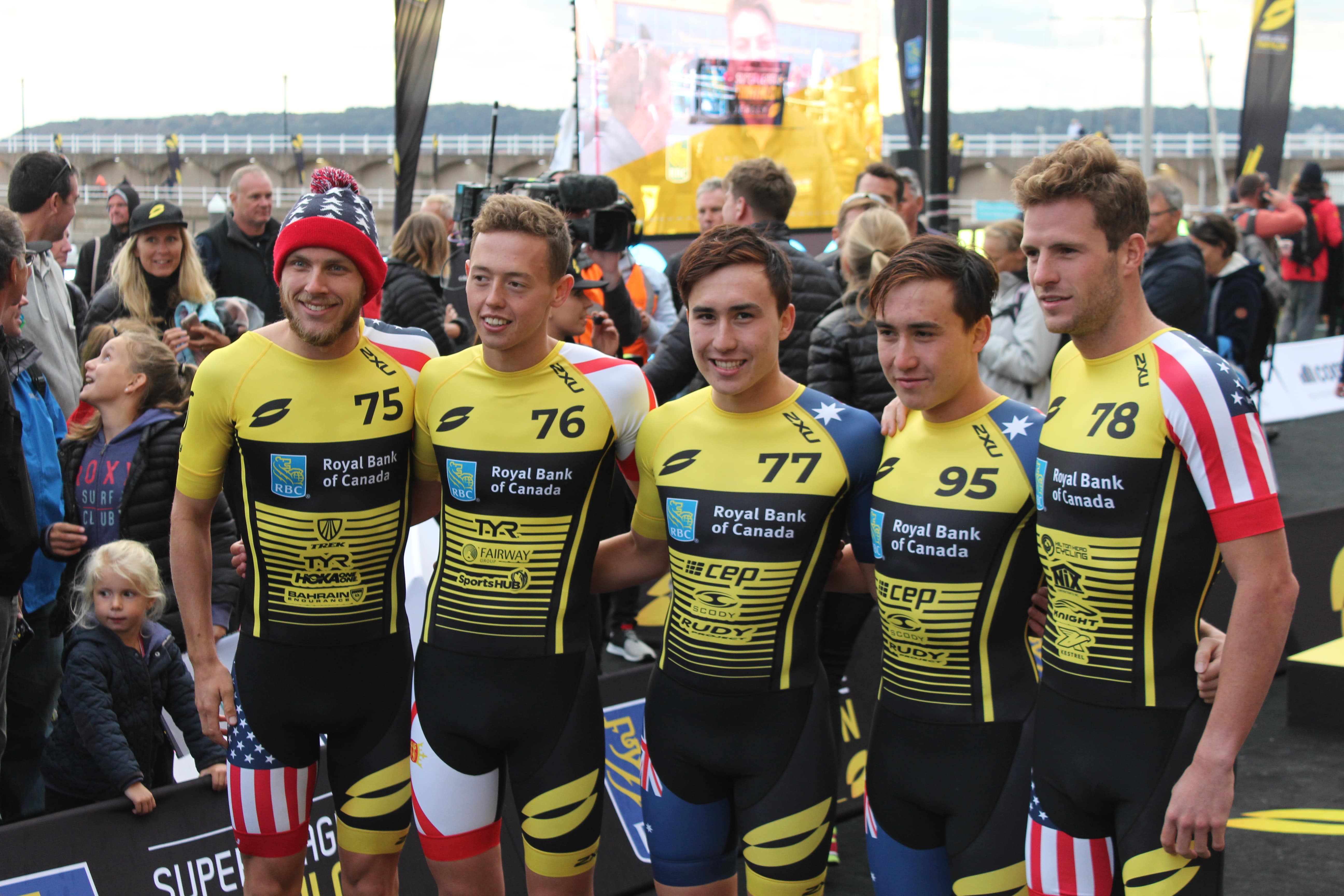 Pictured: This year’s event will give local people the chance to see close up some of the athletes who may be household names in the summer.

Express caught up with Michael D’hulst and asked him what will be the focus of this year’s event? 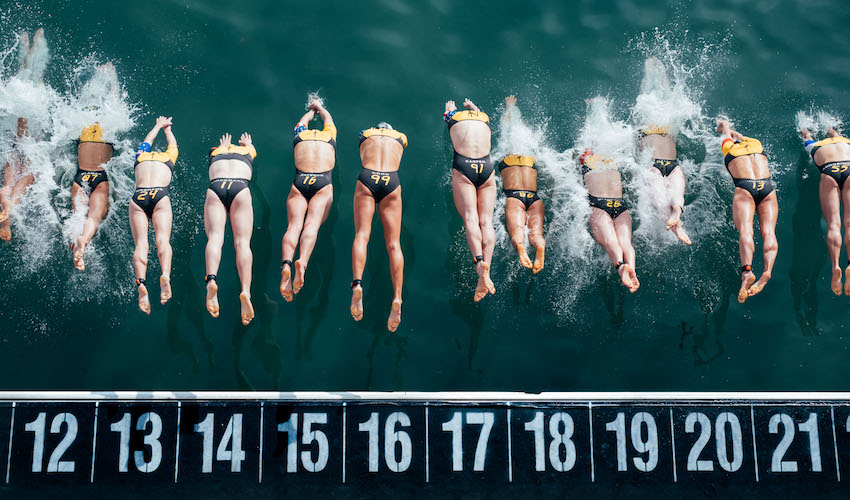 Pictured: The Super League Triathlon returns to Jersey on 28-29 September.

Express: What do you think turned Super League into a sound business proposition?

MD:  I think, for a sound business, you look at it from different angles. First of all, for it to be a sound business, you have to be a good value proposition towards your different customers. I now like to think of Super League as a platform that has multiple stakeholders, whether it's athletes, spectators, you have venues, you have sponsors, they are our stakeholders. We need to make sure that we have a sound value proposition to each of them.

If I look at, for example, hosts, we look at tangibles, what is tangible, it's direct economic impact, but also media value, because ultimately Jersey being broadcast to the world has a value.  It's not a direct economic impact, but it has a value.  There are companies who specialise in delivering that value, so we work with those companies, we print out reports after every event and we evaluate these reports and see, 'What are we doing right?  What are we doing wrong?  How do we have to position it slightly different?' 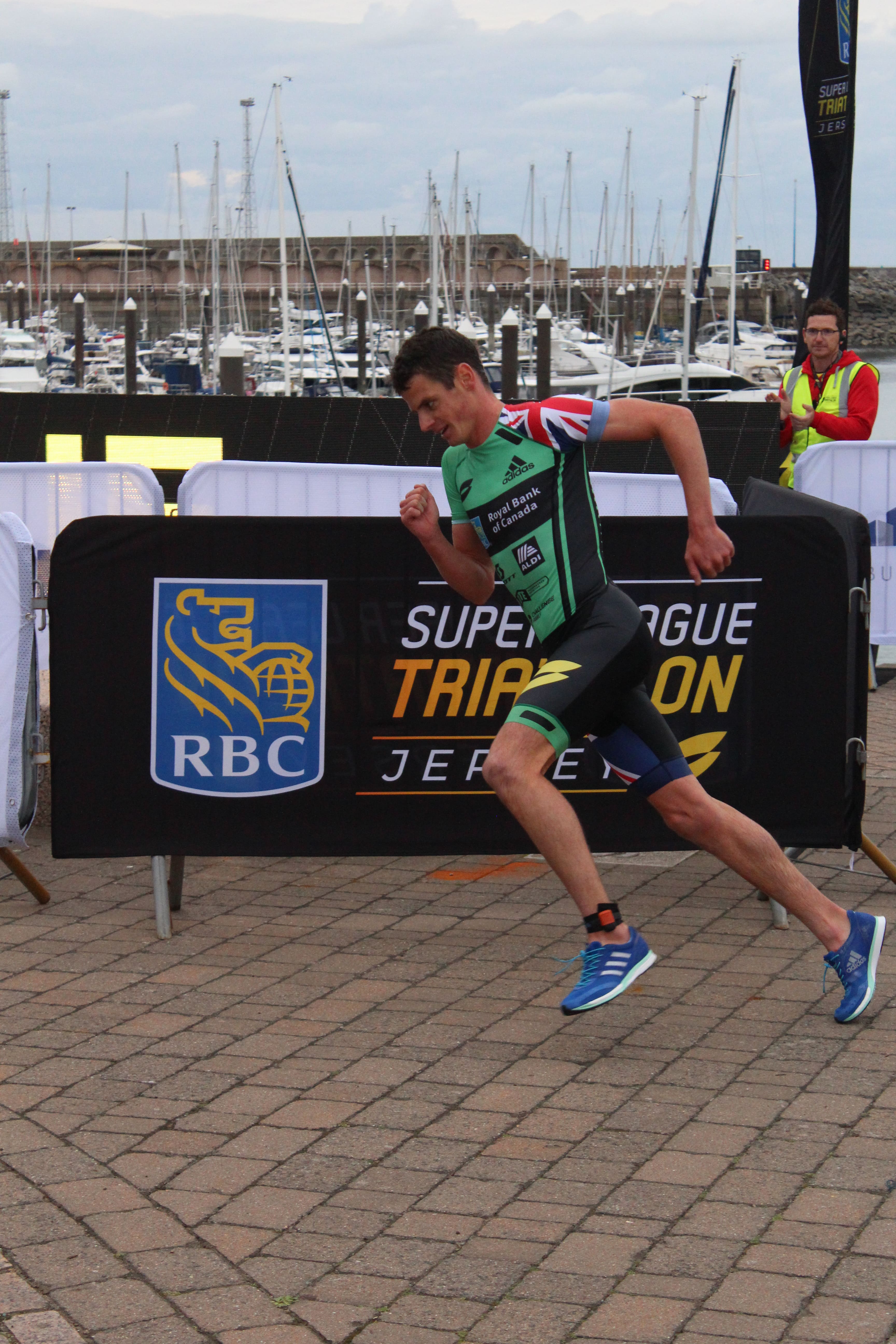 Pictured: The Brownlee brothers are amongst the "intangible values" of the Super League Triathlon.

There are also a lot of intangible values. There's the intangible value of being associated with Super League, but also with the best athletes in the world. I mean, Jonny Brownlee, two-time gold medallist, Alistair Brownlee, his brother.

So, there's that association and I think there's a very strong intangible value, which we see increasingly being recognised by venues, the impact on the community. The famous story goes where Flora Duffy, who is last year's, or two years ago, world champion. She was a girl in Bermuda and because some of the top athletes came to Bermuda and had a race there, she was inspired to become an athlete, because it became a lot more accessible.

How do you quantify that?  You can't, but it is, as I said, more and more recognised. For example, in Singapore, we work with the Singapore government and they have identified a problem for them, which is 1.56 million people of their population are inactive, they don't move.  So, what can they do to get these people moving? That's an intangible contribution to the community where we can contribute.

Pictured: Bermudian Flora Duffy was inspired to become an athlete after seeing top athletes compete in her native island.

So, we have the events, but we also contribute with a curriculum that they can implement in their infrastructures, that they have at hand to motivate people and then Super League becomes the inspirational, aspirational base and then trickles down into a little curriculum where people can get up and move. So, there are these four elements.

From a venue, always, you're looking at these four elements. If we move to corporate, I think, gone are the times where it's only about slapping brands on stuff, right, that's not where people want to be. I mean, obviously you want your brand recognised, but it's not the only thing you measure against anymore, it's about also taking ownership of something that either represents your values as a corporate, or that makes your audience stick, that engages your audience. 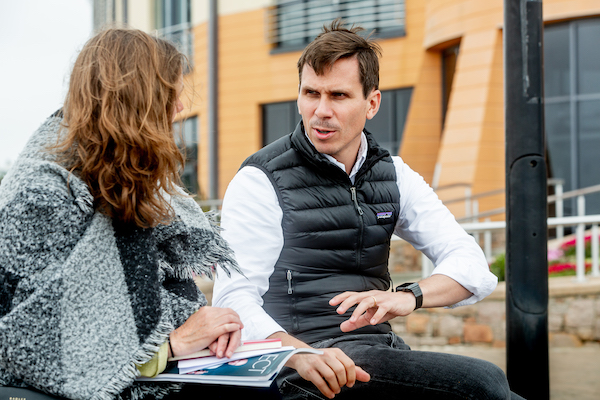 Pictured: "Gone are the times where it's only about slapping brands on stuff," says Super League co-founder and CEO, Michael D’hulst.

What we've now increasingly started doing is identifying territories within what we're doing that can be owned by a brand, for example. I mean, Super League is a green sport, it's a gender-neutral sport, we want to lessen our impact on the environment by reducing the use of plastic, we do beach cleanups, etc.

How can we partner up with corporates who have those same ideals and then deliver against that and then, again, use that platform with the Super League professional athletes, the passion, to deliver that messaging?  So, again, not only brand-slapping, if I can call it that, but also associating with a message and doing that over all different platforms.

Okay, we have our global television broadcasts, easily measured, we have our social media engagement, which has been going up very strong, and then there's the written PR, etc.  So, all these platforms have to be thought of, right, and then create specific associations and activations around that. I think that's where we're trying to be smarter and smarter and constantly innovate.

What background did the three of you bring to this idea?

I think Chris' vision is, 'How can I do more for the sport that has given me so much and make sure that that kind of same return of investment is given to other athletes also?'

Leonid, on the other hand, is obviously a seasoned investor and he knows how to build a business from a financial point of view and make it profitable, make it sustainable. So, he's now the big investor in multiple different businesses and he helps us stay on that course, from a business perspective.  We're really trying to change the sport from the inside, so it's a big project.

I would say Leonid is more like the business mentor and focussed on that, I run the business and Chris has all the athlete's insight and helps a lot with the conceptualising of the product.

How did it come to Jersey?

MD: Once the athletes have done the Olympics, they have a bit more free time to try something crazy, if you wish. So, we had our ID, we had our product, on paper it looked fantastic, so we decided, 'Okay, let's go into a testing environment,' Hamilton Island, which is a private island on the Great Barrier Reef. Then we said, “Let's do the event over there,” and it was fantastic.

I mean, we had a global television product, everybody within triathlon was like, “Wow, how fantastic is this?”  It performed beyond our imagination in terms of what we thought the feedback would be, and the uptake would be, but as coincidences in life go, one of the athletes who was racing there, who was an athlete from Iceland called Siggi, he's coached by a gentleman from Jersey, Nick Saunders.

So, Nick is like, “I love this, you should bring this to Jersey.”  He said that to us and we're like, “Jersey?  What, New Jersey?  We go to the US?” He said, “No, Jersey, UK.  You have to come, we have a very engaged community, it is fantastic, this would be fantastic for us.” Then, from Nick Saunders, he introduced us to Fintan Kennedy and from there we started the conversations, right, and that's how Jersey came about, really.  So, very much organic, I would say.

Pictured: "What we are looking for is a stadium-like feel, but in a beautiful setting and I think that's what's so unique here."

How does it work as a venue for Super League?

MD: What we are looking for is a stadium-like feel, but in a beautiful setting and I think that's what's so unique here. You have the beautiful marina, you have the fort in the background and it's central in the city, so it's easily accessible for people, and it's an 800m loop, if you want, and we can bike and run on the same loop, which is ultimately what we need and want.

So, yes, like this, it just clicked and there are other destinations where it's a bit more challenging and there have been destinations where we said, “Look, we can't do it here,” because ultimately the magic formula for a destination is obviously that we have to have that course that works, that is easily accessible, that has some cool elements, but you also need your community.  It's important that we are and here in Jersey we have a strong community of supporters, we are strong partners with RBC, Mourant, Ravenscroft, Comprop, Visit Jersey, Locate Jersey, Government of Jersey and JT. 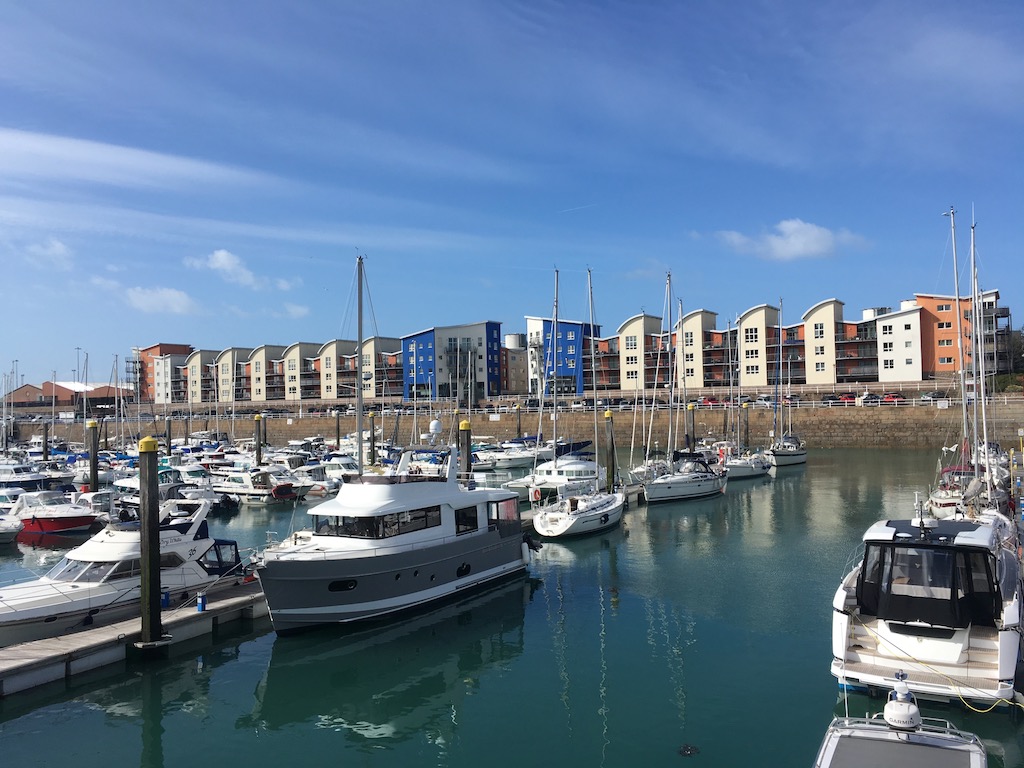 Pictured: "You have the beautiful marina, you have the fort in the background and it's central in the city."

What have you had to change this year, given that we are heading into an Olympic year?

MD: Obviously, we have to listen to the athletes and we decided not to grow too much, but to focus really on delivering better experiences and deliver better quality around our events. I mean, last year, here in Jersey, we've taken some things back and we saw that certain things have to be optimised, right, so we're working on these experiences across the board.

I think 2019, considering 2020 is an Olympic year, it allows us to optimise these experiences across and deliver even more and then, in 2020, do a growth spurt post-Olympics, right, from the number of events.

Do you still compete at all?

MD: That's the one thing I, kind of, miss. I fell in love with running and cycling first, I started doing triathlons in 1996. Then I moved to China, so that was a bit on the low, but I continued to cycle and I missed it so much, kind of, that I took a sabbatical and said, “Okay, I want to pursue my dream of competing in Kona,” and there was probably a year-and-a-half block, two-year block where I was very, very committed to training and that really taught me so much. 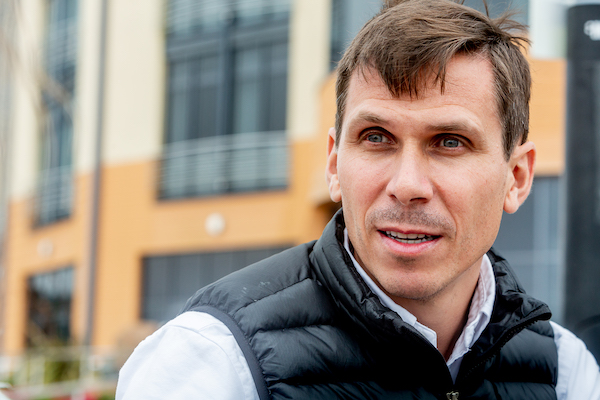 Unfortunately, now it's gone from a lot of sports and finding all the challenges, having that pursuit over there, to having to focus all the way on the business and doing way too little sport, but I hope at some point that balance will dip again in a different direction.

This feature first appeared in Connect magazine, which you can read in full by clicking here.