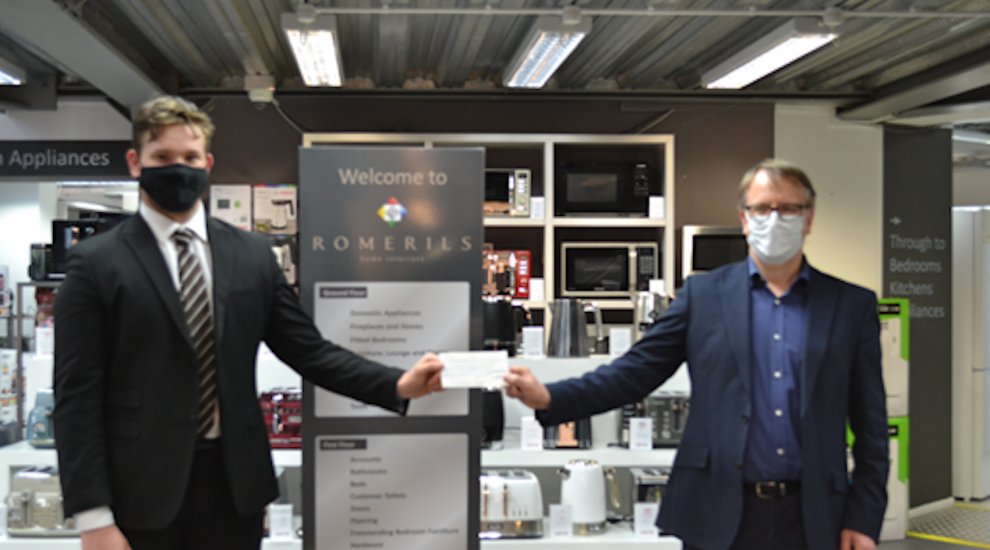 The winners of this year's Young Enterprise competition, which sees sixth form students battle through a number of entrepreneurial tasks, have been announced.

David Bailey, COO of RBC Wealth Management, a member of the judging panel who presented the award said: “It was very interesting to review the minutes and records kept by both teams which enabled us as a judging panel to understand what each team journey consisted of, how as teams they deliberated over decisions and how each team executed decisions they made.”

Amy Bryant, the Deputy Chief Executive of Jersey Finance and a member of the judging panel said: “We were very impressed as a judging panel by Max who came across as confident yet considered. He knew when to lead and when other members of his team should lead, and he allowed them to do so throughout.

“He is a very deserving winner. We would also like to highly commend Michael Franklin the MD of Exempt, who rose to fill the MD gap in his team part way through the competition. He is a rising star and a force to be reckoned with going forward."

Rory Steel, Head of the Digital Academy, Digital Jersey said: “Really good to see the kids step up to the plate during such a difficult year. Stirling work from everyone involved.

“We were delighted that both teams selected mental health, waste reduction and sustainability as their core product themes. We were particularly impressed with Team Aurora who not only collaborated with the Listening Lounge charity during the competition but who also selected a clever choice of product.

“Their ‘wellness care box’ which consisted of several components allowed them to pivot their selection of box contents to reflect changing market needs.”

Kirsty Mackay, Assurance Associate Partner Assurance at EY, and a member of the judging panel said: “We were very grateful for the Business Advisors to each team (G4S and Barclays), who met with the teams weekly since last October to provide the students with insights.

From their feedback, and from what we witnessed during the presentations, the contributions of each of the winners to their team shone through. Very well done to both of our worthy winners.”

"We have identified four key elements of success:

2. Running of the enterprise

4. The impact and legacy of the enterprise.

"During the programme the Students will have discovered that it takes more than just academic know-how to run a successful company and they will have developed a strong sense of purpose and entrepreneurial skills which is highly recognised by Colleges, Universities and employers.

"They will have learned life lessons such as collaboration, communication, compromise as well as the more academic aspects such as finance, HR, corporate governance, marketing and branding that will propel them forward in their future careers.

"Due to covid-19, this YE year was more challenging as the Student Team meetings had to be held virtually, so well done to them all for overcoming this challenge."