This Notice is hereby given pursuant to paragraph 4(a) of Schedule 2 to the Insurance Business (Jersey) Law 1996 that:

(a) the said Representation;

(b) the report of an independent actuary (the "Report");

(c) a statement setting out the terms of the Scheme (the "Scheme Summary"); and

(d) a summary of the Report (the "Summary Report"),

available for inspection at all reasonable times at the offices of Bedell Cristin at the address below up to the date on which the Royal Court sanctions the Scheme. Alternatively, copies of the documents can be obtained by requesting them by telephone at 0800 668 1425 or in writing at 20 Fenchurch Street, London, EC3M 3AZ. The Report, the Scheme Summary and the Summary Report will also be available on the website of the Second Representor, www.markelinternational.com/eciclpartvii .

Advocates for the Representors

Address for inspection of or from which to request copies of documents: 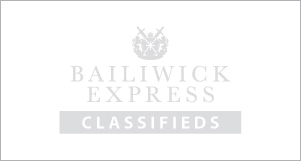