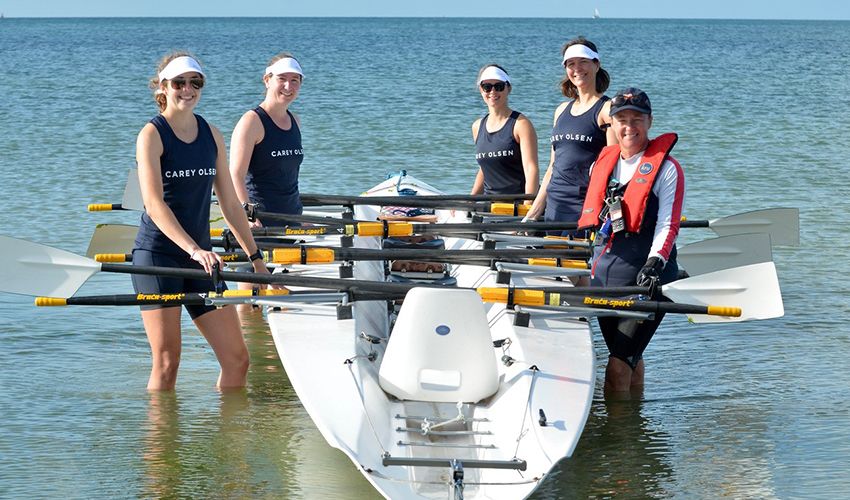 Carey Olsen is delighted to announce its sponsorship of Jersey's British Championship winning coxed women's quad ahead of their appearance at the upcoming World Rowing Coastal Championships in Portugal.

The Carey Olsen crew, which is made up of Laima Pacekajute (bow), Kirsten West (seat 2), Hayley Cook (seat 3), Rosie Adamson (stroke), Tracy Mourant (coxswain) and Florence Thomas (sub) only stepped in a boat together for the first time in April this year. Since then, they have set new records and won a number of Jersey Rowing Club competitions, including the annual Beauport race. Their rapid progress culminated in their recent success at the British Championships in Exmouth where they finished more than a minute ahead of their rivals.

The support of Carey Olsen will allow the crew to fund the hire of improved training and safety equipment, the purchase of the Team GB unitards and kit as well as the mandatory PCR tests that are required to compete.

In the run-up to the World Championships the crew have been training five days a week under the supervision of British Olympic silver medalist Guin Batten. 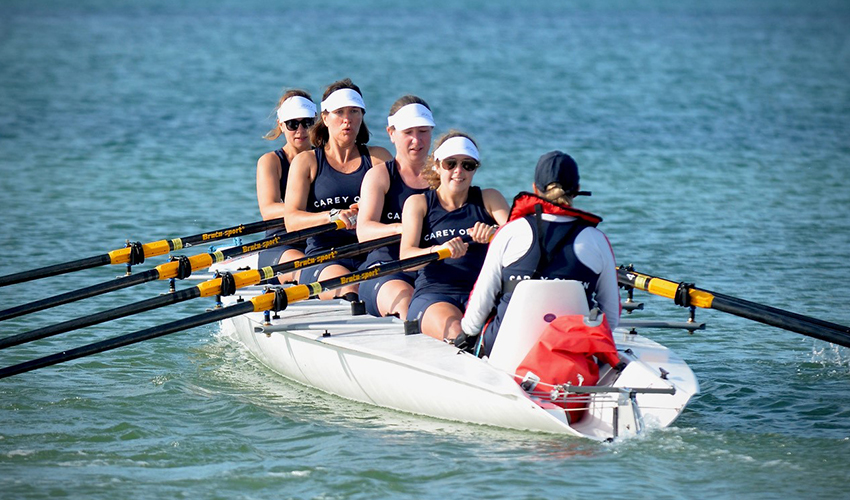 Commenting on the Carey Olsen sponsorship, coxswain Tracy Mourant said: "We are extremely grateful to Carey Olsen for helping us get us to the World Rowing Coastal Championships. We are particularly pleased to be able to work with a sponsor that already supports local water sport, including sailing, and the islanders who take part. We know that this means they genuinely appreciate what we are trying to achieve and how it will put Jersey on the international sporting map in a new way."

Carey Olsen partner Guy Coltman said: "The Jersey coxed women's quad have made such tremendous progress since teaming up earlier this year and we're excited to be part of their journey and to help with their preparations ahead of the World Championships in Portugal. We know they will give it their best and we wish them the very best of luck in the pursuit of another gold medal."