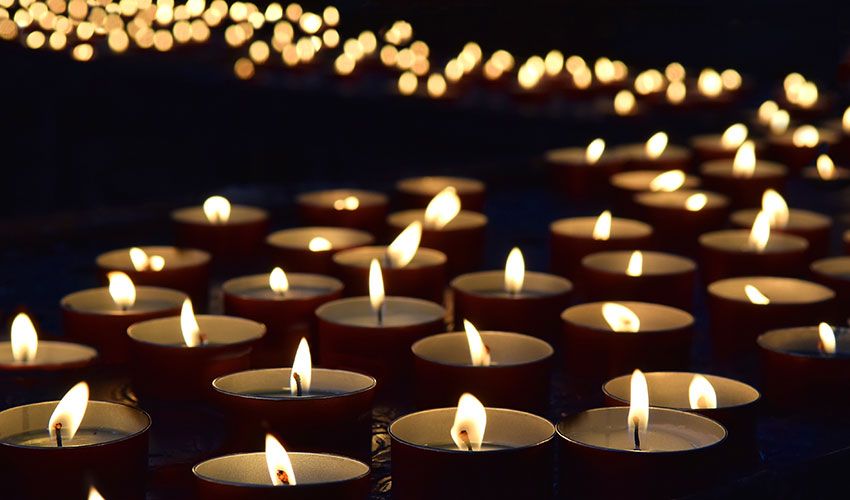 Due to Covid public health and safety considerations, the annual Holocaust Memorial Day Jersey commemoration is being moved from the Occupation Tapestry Gallery to the Town Church, to accommodate the annual event while maintaining social distancing.

Notwithstanding the change of venue, wreaths will still be laid around the Lighthouse Memorial on the New North Quay, which commemorates the 21 Islanders who died in German camps and prisons during the Second World War.

Members of the public are invited to the wreath laying ceremony at 12.45pm on Thursday 27 January and also to the church where doors will open at 1.15pm.

All those who wish to attend the events are asked to take lateral flow tests in advance and to wear masks inside the Town Church.

HMD Jersey Committee Member Paula Thelwell says without moving the ceremony from the Occupation Tapestry Gallery this year’s commemoration would have had to been limited to wreath laying only for the second year running.

She said: ‘As the Lighthouse Memorial is located outside the Occupation Tapestry Gallery we will still be able to remember the 21 local victims in the usual manner.

‘As the Town Church is bigger than the gallery it will enable us to achieve social distancing necessary to accommodate the numbers of Islanders that have supported us every year since 2002.’

This year’s guest speaker is former actor, gay rights activist and politician Baron Cashman of Limehouse. He will also be appearing at Jersey Arts Centre on the evening of 26 January in an ‘audience with’ performance to speak about his life and his recent autobiography: One of Them: From Albert Square to Parliament Square.

Born and raised in London’s East End, Michael Cashman enjoyed a successful career as an actor, singer, writer and director before entering politics. A long-standing campaigner for gay rights, he is also a co-founder and first chairman of the Stonewall Group.

An estimated 55,000 gay men died because of Nazi persecution that began in 1933. As Jews were forced to wear a yellow Star of David to identify them, a downward-pointing pink triangle was sewn onto the shirts of gay men in concentration camps.
This symbol was reclaimed by LGBTQ activists in the 1970s as one of liberation to be worn with pride.