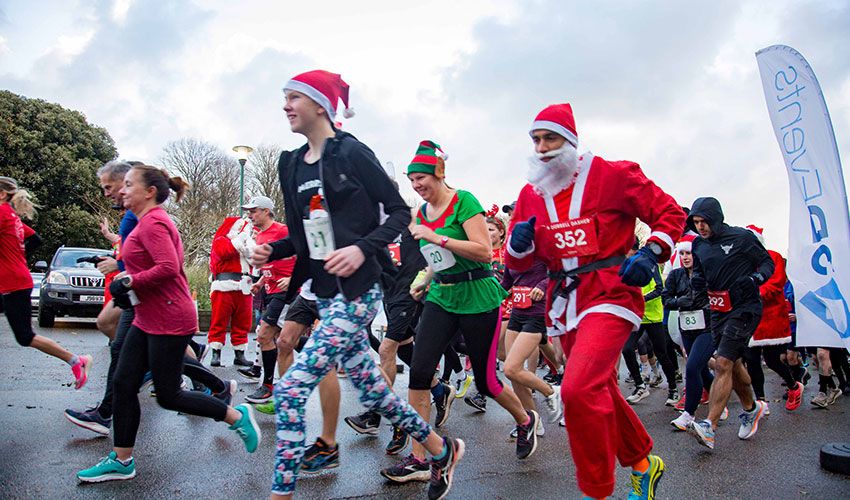 Durrell is pleased to announce that their first in-person “Dasher” since before the pandemic has raised over £5,000 for the charity’s work saving species from extinction.

Thanks to the kind support of their sponsor, Rathbones, the newly named Durrell Dasher was able to go ahead at Jersey Zoo this year after the race was cancelled and held virtually in 2020 due to event restrictions.

On Sunday 5th December, over 200 runners took to the lanes of Trinity to run the 6K, or more challenging 12K race, with many embracing the festive theme by completing the course in fancy dress, from snowmen and Christmas puddings to reindeers and zebras! The seasonal theme continued with the race officially started at Jersey Zoo by Father Christmas and runners were treated to mince pies and mulled wine as they crossed the finish line. 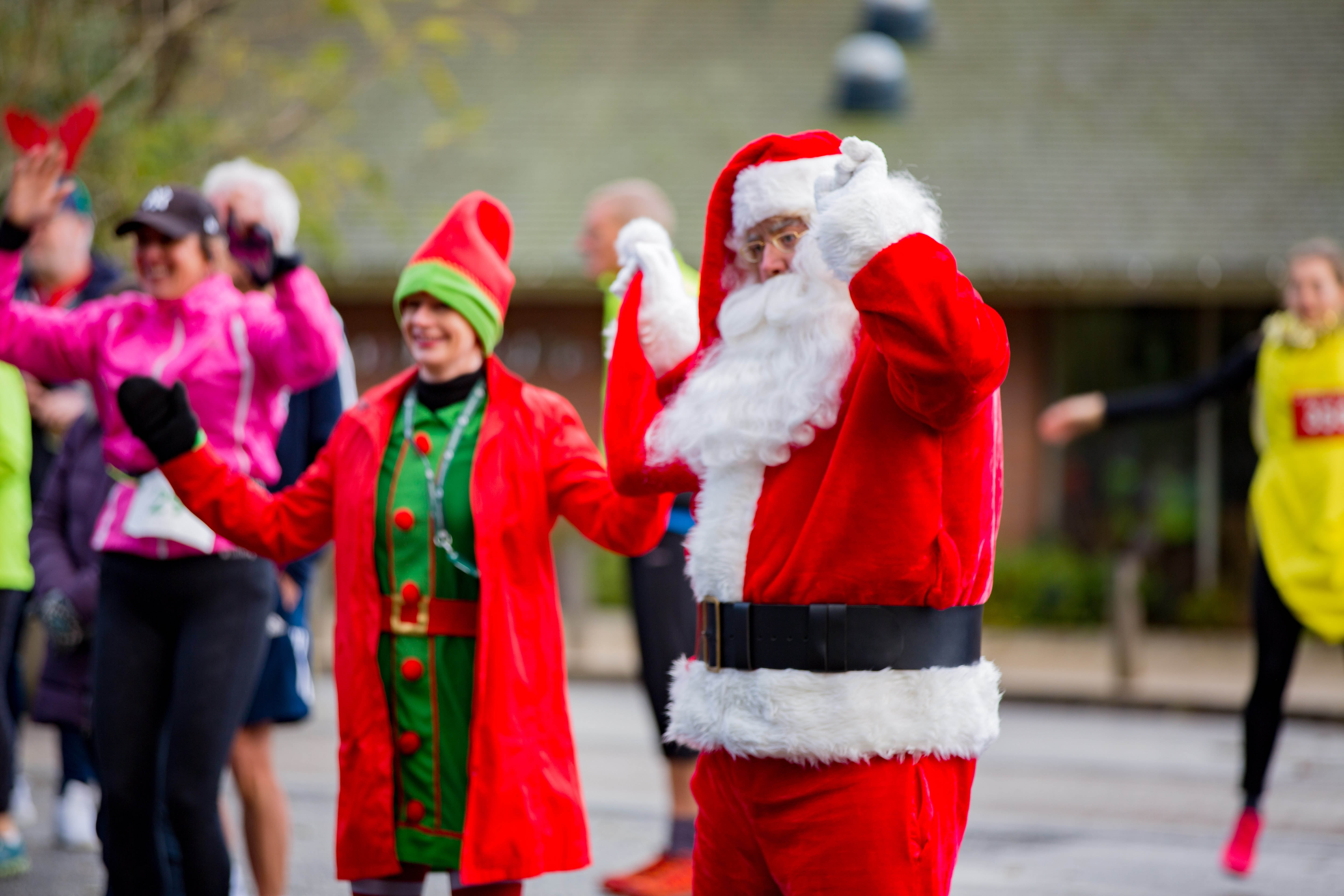 Alex Shears, Durrell’s Director of Communications and Fundraising, says, “Thank you so much to all the runners who braved the wintery conditions on Sunday. The Christmas fancy dress outfits were fantastic, and the atmosphere was very festive, which is what made the event so special. We are so grateful to everyone who took part – their amazing efforts are helping to save some of the world’s rarest wildlife. I would also like to thank our event partner 3D Events for organising a brilliant race, and our generous sponsor, Rathbones, for their continued support for the Dasher each year.” 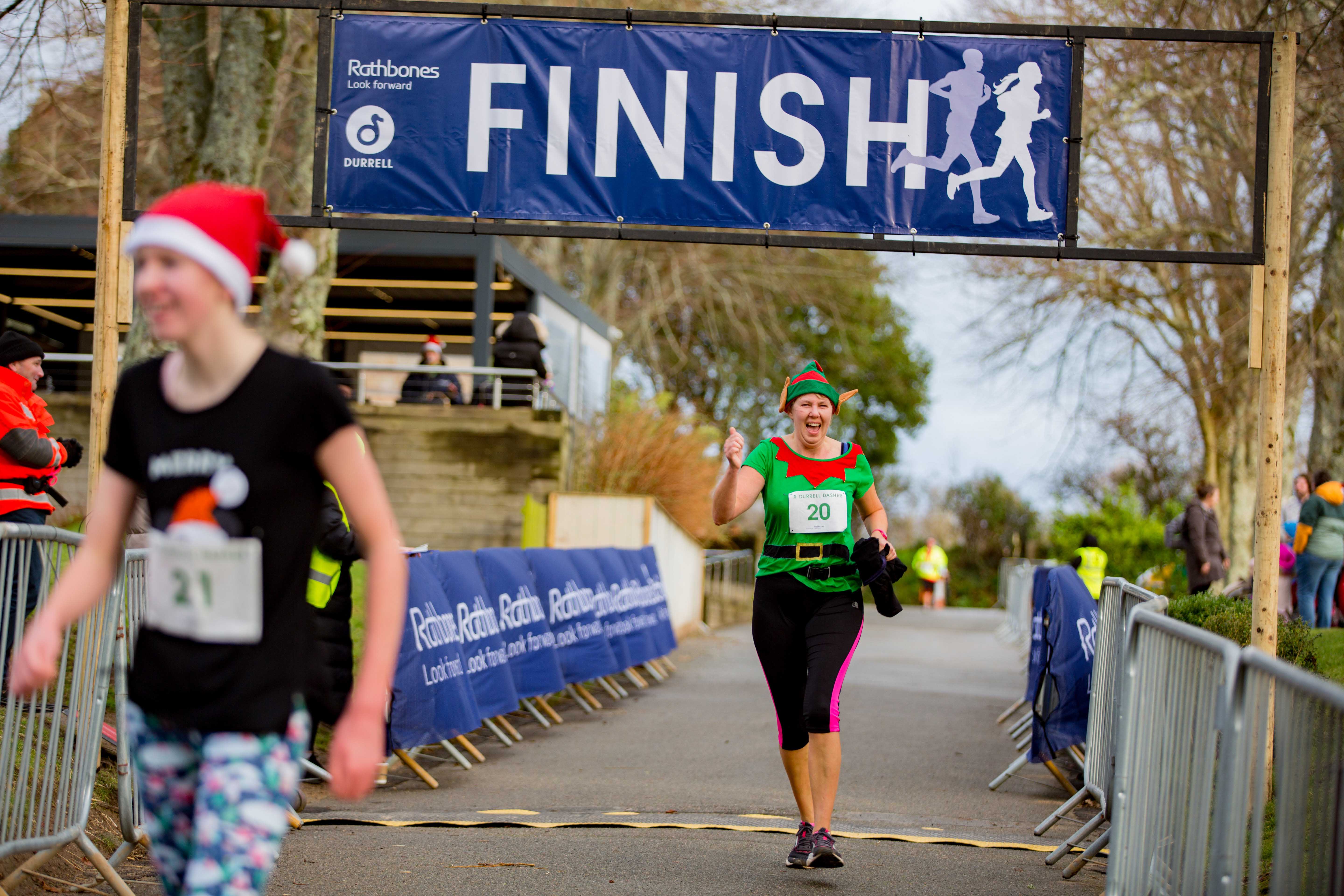 Phil Bain, Deputy Managing Director of Rathbones in Jersey, commented “The virtual Durrell Dasher was excellent last year, but it was brilliant to be able to support getting everyone back on the roads this year and wonderful to see so many embrace the festive spirit. We’re looking forward to next year already.”