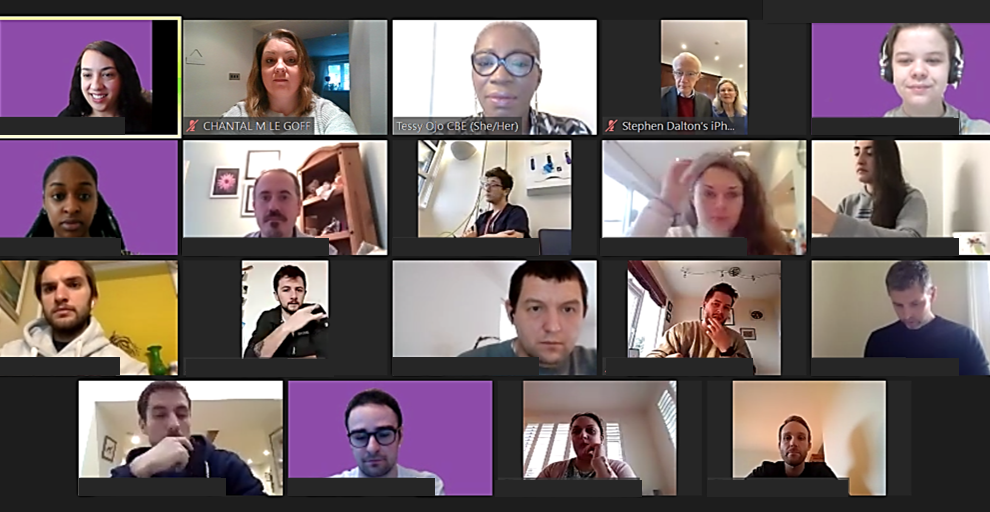 Thanks to support from HSBC, the successful Diana Award Mentoring programme will be running for a second year in Jersey with the States of Jersey Police.

Launched on Thursday 28 January, it will give 12 young islanders one-to-one mentoring with Police officers and personal development workshops over seven months.

The programme aims to build trust and understanding between the police and disadvantaged and vulnerable young people in Jersey. Alongside weekly mentoring sessions with a dedicated Police mentor, the mentees will also take part in workshops to improve their workplace readiness and social mobility, develop active citizenship and build their character and resilience.

The year 9 and 10 mentees were nominated to participate in the scheme by their secondary schools, Grainville, Haute Vallée, Le Rocquier and Les Quennevais.

HSBC’s Chantal Le Goff commented: “HSBC was delighted to introduce The Diana Award mentoring programme to Jersey last year. My HSBC colleagues and I, who volunteered to work with the mentees last year, witnessed first-hand the life-changing impact it had on them. It’s wonderful that we can give another 12 young islanders the same opportunity.”

Inspector Mark Hafey, States of Jersey Police lead for The Diana Award Mentoring Programme said: “This programme has now seen 24 mentoring partnerships between police officers and young people and we are proud to be a part of the second phase, working alongside The Diana Award once again. Participant feedback from the first programme was very good and it was clear that both the mentors and mentees took much benefit and enjoyment from the scheme.

“It is important that our officers can build effective, long lasting relationships with young people, where they can discuss employability and mental health as well as develop a greater understanding between young people and the police in general. This programme also offers mentors a fantastic opportunity to improve their skills in communication and leadership and build empathy and understanding of the issues and barriers that face our young people of today.

“We recognise the important role our organisation can play in ensuring young people grow up in a safe environment that helps them flourish and we will continue to work towards a better future for them. This fantastic programme would not be possible without the support of our Patrons, the Lieutenant-Governor Air Chief Marshal Sir Stephen and Lady Dalton, and the continued support of HSBC.”

Tessy Ojo, CBE, CEO of The Diana Award, added: "We know that the lives of children and young people have been profoundly changed as a result of the pandemic. It is critical that we pull together and do all we can to ensure that physical distance does not exacerbate disconnection and disorientation. With this in mind, we are absolutely delighted to launch the second year of our Mentoring Programme in Jersey with the support of HSBC Jersey who understand the incredible role that mentoring relationships plays in the lives of young people - particularly in a time of uncertainty and upheaval. We are also incredibly grateful to Jersey Police who have stepped up as mentors - we know they will have a transformative effect on the young people they support."

One Jersey Lily planted for every loved one lost