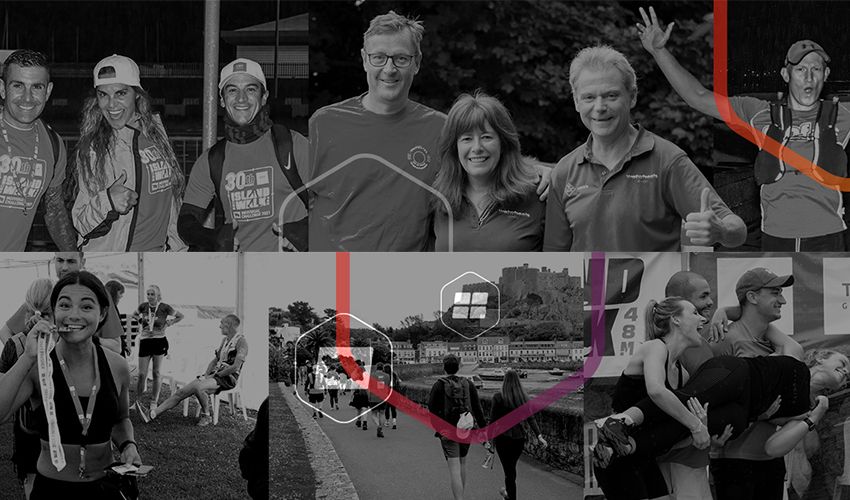 The Around the Island Walk started in 1991 with 15 friends doing it for fun. They enjoyed it so much that they decided to do it again the following year and it has continued ever since.

Over the years the walk became so large that the organisers asked for help and the Rotary Club de la Manche stepped in to provide some support.

Given its success and to protect the long-term viability of the walk, including the money already raised,  the committee decided to set up a trust and since the early  2000s it has been responsible for choosing the charities and controlling the finances.  The walk is organised by the Island Walk Committee comprising the trustees and a small number of technical support  people.  On the day there are in the region of 300 helpers.

TMF Group provide technical support, pay all the expenses of setting up and running the event ensuring that  all money raised by the walkers and all donations are redistributed to the chosen charities. Last year TMF Group themselves had over 50 employees participate, across the relay, Lieutenant Governor’s walk and full Island walk. Tim Houghton TMF Group Channel Islands Managing Director recently commented “the TMF Island walk is one of a handful of annual events that really brings the island community together to support those within the island that need help most. We are very proud to continue our sponsorship and our staff really look forward to supporting this each year in whichever way they can”.

Over the last 30 years almost 300 charities have been supported.

The trustees decided more recently to have 3 main charities with one being for children or sport, one for health or the elderly and one for animals or environment.  In addition to the 3 main charities a further 6 to 8 are chosen as “Potters” who receive a much lesser proportion of the total.  The scouts and guides give huge help with the breakfast at St Catherine’s along with delivering equipment around the Island.  The guides clear up any mess that inevitably occurs when over 1,000 people pass through.

In addition to the 12 checkpoints an unknown number of residents put out food and drinks for the walkers.

The Walk has developed over the years with the first addition being the Lt Governor’s Challenge which is roughly a quarter of the Walk each year.  This is particularly good for families and children under the age of 16 accompanied by an adult enter free.  The second addition is the relay which allows teams of up to 4 to complete the walk and this is mainly for companies although a few individuals do get together and form a relay team.  Most are made up of 4 people, but a few are just 2.

The main walk will start at 3 am on Saturday, 18th June and proceed in an anti-clockwise direction around the Island finishing over the Waterfront car park.  The LGC will begin at 10 am at the car park opposite Les Fontaines pub and complete at Le Braye car park.  The relay starts with the Main walk.

The charities for 2022 are Mains:  JSPCA, Age Concern and Centre Point

Entries are via the website www.islandwalk.je and by post to Island Walk, PO box 848, St Helier, JE4 0XA.  Up to 28thFebruary there is the Early Bird entry.  March to the middle of May are at full price and after that there is a surcharge.