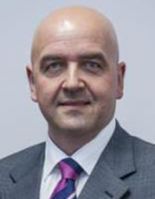 Jersey and Guernsey are to establish an office in Caen to represent both islands’ interests with French authorities.

Jersey and Guernsey are to establish an office in Caen to represent both islands’ interests with French authorities.

“I am delighted that this new partnership with Guernsey will enable us to share the financial costs and will help us to build stronger relationships with the French central government in Paris.”

The Bureau des Iles Anglo-Normandes (BIAN) is expected to be launched in early 2014 and will be funded jointly by Jersey and Guernsey.

Guernsey’s Deputy Chief Minister, Deputy Jonathan Le Tocq said: “This is a hugely constructive step which we and our colleagues are taking together. Earlier this year Senator Bailhache invited us to join Jersey in developing a joint Channel Islands presence in Caen, and the Bureau des Iles Anglo-Normandes is the outcome of that conversation.

“BIAN is not a new service development along the lines of the establishment of the Channel Islands Brussels Office; rather this is a more efficient and effective use of existing external relations budgets.

“Over the past 18 months, as Guernsey and Jersey have been working more closely together in France, the Bureau de Jersey has given Guernsey support which has been very helpful. Now, working together more formally, I am sure that we can achieve more. I know this is a development which will be warmly received in France.”