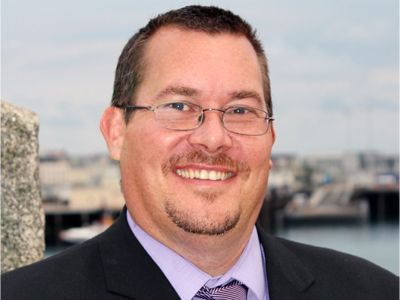 Lloyds Bank has promoted a long-serving employee to the role of island senior manager in Guernsey.

Lloyds Bank has promoted a long-serving employee to the role of island senior manager in Guernsey.

Neil Fellows has nearly 25 years’ experience in banking, all with Lloyds Banking Group. In his new role he will be responsible for Lloyds Bank’s three retail branches in Guernsey and one in Alderney, managing more than 50 members of staff.

‘When I left school, I really had no idea what I wanted to do as a career so I took AS Levels to widen my knowledge and was informed that I came second in the country in mathematics, so my careers advisor suggested I work in a high street bank. I had always personally banked with Lloyds so they seemed like the natural choice, and more than two decades later I’m still here,’ he said.

Mr Fellows, 40, has held various roles within Lloyds Banking Group, most recently as island manager where he headed up the relationship team.  Originally from the Medway Towns, he moved to Guernsey in 1998, where he met his wife. They now have three children and enjoy all aspects of Bailiwick life.

‘Neil has significant experience in leading and working with various banking teams combined with a proven track record of delivering the highest standards of customer service.  With his detailed knowledge of Lloyds and the local banking landscape, Neil is the natural choice to lead the islands’ branches.’

Mr Fellows said his focus will be on customers and colleagues.

‘It is my intention to bring a high level of energy with strong leadership capabilities to lead the islands’ retail banking businesses in the Bailiwick,’ he said.