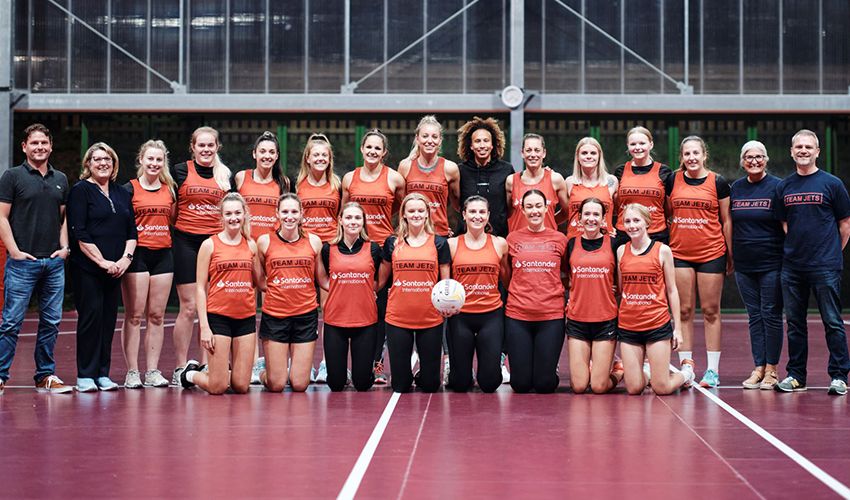 The sponsorship will assist the Senior and Junior teams as they compete in the England Netball Southwest Regional League 1, and the NSW Junior Leagues, travelling off-Island for fixtures.

Linda Andrews, Jersey Jets Coach, said: “We would like to thank Santander International for its support. This sponsorship allows us to invest in our players and their development and to provide a pathway for our junior players coming through in the Under 14 and Under 16 teams too.”

The sponsorship comes at a vital time and allows Team Jets to consolidate their position in the Regional League. However, with travel restrictions lifted, and after a summer training at the Strive Academy, the team is poised to return to form.

Santander CEO James Pountney commented: “Santander International is committed to supporting sporting opportunities for Islanders. We are delighted to back Team Jets and help the players continue to pursue excellence in netball.”

Team Jets announced the sponsorship ahead of the new season at a training session hosted by England Netball Captain Serena Guthrie, MBE.

Originally spotted by Linda, Serena, who attended Le Rocquier School, has earned over 100 caps playing for England since 2008.

Serena said: “The team faced gaps in training and competing during the pandemic and, as islanders, the athletes faced additional challenges regarding travel.

"This sponsorship will give the team the reassurance they need to continue to give their all to their sport, knowing the future of elite netball in Jersey is secure.”