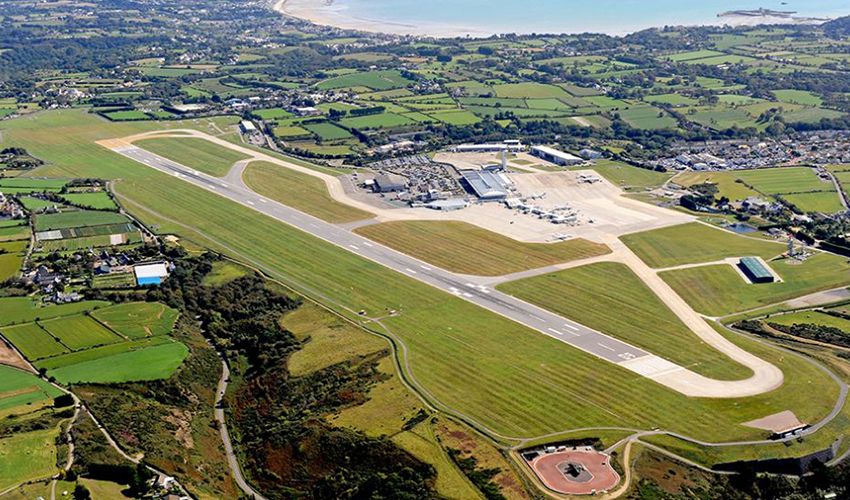 Over 150 people took on the inaugural Runway Challenge 21 in July, raising over £11,000 for four local charities.

As part of the Runway Challenge 21 participants  chose a distance from a selection of up to 21 runway lengths, completing it any way they wanted to, at their own pace, anywhere and at any time throughout the 21 days of the challenge. Challengers ages ranged between four and 71 and, between them, they travelled a total of 8,775 km. As well as walking, running or cycling, others chose to complete their distances by swimming, kayaking and canoeing. One person completed the distance of Jersey’s runway (3.4km) in their wheelchair and another travelled the equivalent of Munich’s runway (8km) on a stand-up paddle board.

The event was open to everyone, whether a resident or living off-Island. A UK-based team had signed up, but after a positive COVID result impacted two of the team members, the resourceful participants decided to finish the challenge by doing laps in their flat.

Ports of Jersey’s CEO, Matt Thomas, comments, ‘We’re delighted by the event’s success. The feedback we’ve received from those taking part has been incredibly positive, with many saying how much they enjoyed the challenge and had visited parts of the island they wouldn’t normally see. Many of my colleagues from Ports of Jersey took part, including some of our Air Traffic Controllers who completed the full 21 Runway challenge of 110km on their bikes in one day!

‘As we’re all too aware, charities have had an incredibly difficult time fundraising during the pandemic, with many events cancelled. Therefore, I am pleased this event has raised some much-needed funds to allow them to continue their important work and services.’

The Challenge raised money for Ports of Jersey’s four charity partners: Beresford Street Kitchen, Caring Cooks Jersey, Dementia Jersey and Healing Waves. Some of the BSK crew took on the challenge, led by Georgie Dodd, Fundraising Manager at Beresford Street Kitchen/Aspire, who also took on the 21 Runway challenge. She said, ‘The Beresford Street Kitchen crew loved taking part in the Ports of Jersey Runway Challenge; they love a good challenge, which this one really was! The fact that it was so inclusive enabled all the crew that wanted to, to get involved. Coming together as a group and raising funds for their own charity, as well as three other fantastic charities, meant so much to them.’