TEAM Supports local community in the build up to Christmas 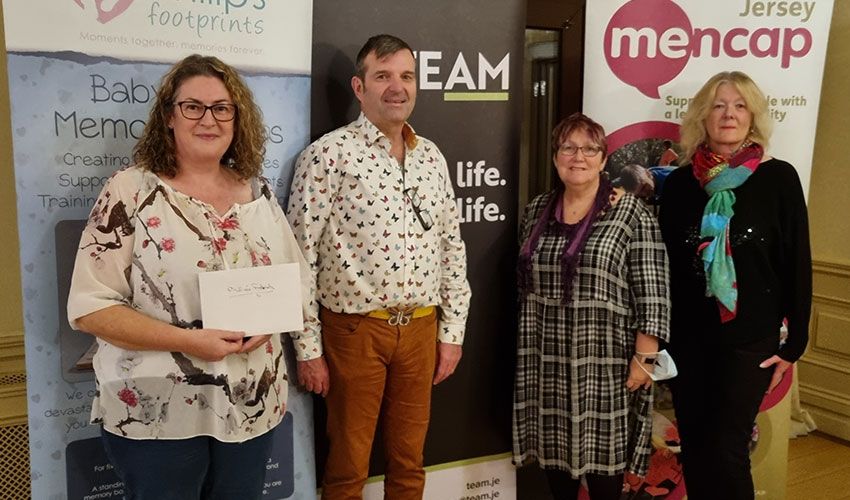 TEAM Supports local community in the build up to Christmas

December is almost upon us and so our thoughts turn inevitably to CHRISTMAS.

Over the last few months, TEAM Asset Management have been reflecting on how we can make a positive difference to the community in Jersey and provide a benefit to those smaller charities who rely on support from individual donations.  So, in addition to our ongoing support of Jersey Action Against Rape (JAAR), we have also decided to support two more of Jersey’s incredibly important local charities.

Christmas is a time of giving so as a starting point we have decided to donate a sum of £750 to both Jersey MenCap and Phillip’s Footprints which is a result of staff donations through a salary sacrifice arrangement.

Jersey MenCap supports children and adults with a learning disability. They strive for improved services, choice and opportunity; offering support in a variety of ways and through projects such as the Book Club, Taking Part Making Art and the award winning Rozel Pond Project helping participants become valuable members of society.

Philip's Footprints offers support to parents who have lost a baby, through memory boxes, remembrance services and peer support. Since 2008, Philip’s Footprints have distributed over 300 memory boxes, funded over 404 training places for maternity health professionals for bereavement care and towards safer pregnancies (£40,000) and put £56,000 towards antenatal equipment.

Pictured is Robert Kelly, Head of Client Relationships at TEAM along with Trustees of Jersey MenCap and Phillips Footprints taken at Phillip’s Footprints recent Lights of Love memorial service.

Rob is well known for his support of Jersey MenCap as his late daughter was born with multiple and severe learning difficulties and his wife has been Treasurer for over 30 years. What is less well known is Rob has contributed to the Phillip’s Footprints Lights of Love remembrance service for the last 6 years through his poetry readings. Rob’s family have also suffered from loss through miscarriage so the work of the charity resonates with them as well.

Rob Kelly commented, “I am very proud to have initiated this scheme at TEAM and delighted that the first distribution is to these two charities which do such great work in the community. I hope our small effort will inspire other companies to initiate similar schemes and help vulnerable people in our community when they need it most.”

Finally, TEAM understands the importance of investing in time with family and feeling the magic of the festive season, so we are delighted to be supporting the Genuine Jersey Christmas Markets for a second year.  Taking place in the Royal Square, they are focused on some incredible local artisans accompanied by hot food and live music to get you in the Christmas spirit.