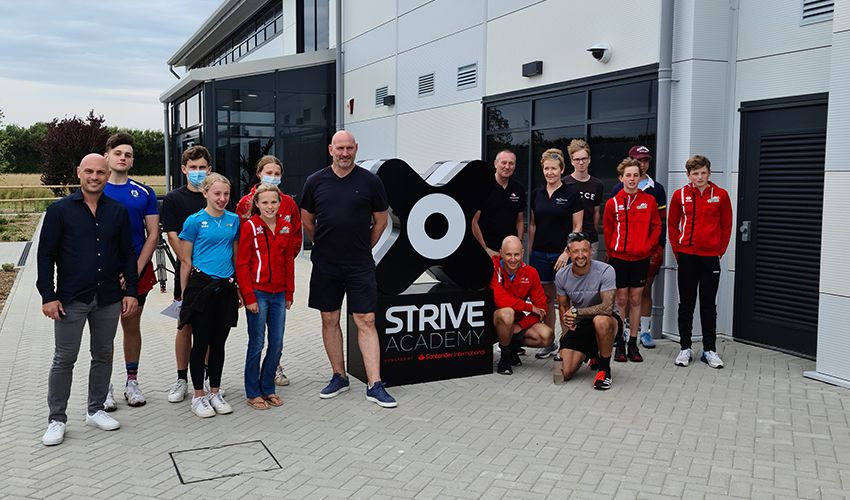 Young athletes gained an insight into elite sporting success at an audience with Lawrence Dallaglio, OBE, at the Strive Academy this weekend.

The former British & Irish Lion and England captain met young athletes from sports including netball, cricket, cycling, triathlons, and of course, rugby, sharing stories of his sporting background and the challenges he faced.

He told the audience “What’s the worst that can happen if you lose a game? It’s about making decisions that allow you to get better. I’ve lost more games than I care to remember but you use all these experiences to make sure the same mistakes don’t happen again.”

Lawrence visited Jersey during The British & Irish Lions training camp in June and was invited back by Santander International to watch the first test game against the Springboks - 24 years after he toured South Africa as a Lion.

Lawrence said: “It was fantastic meeting the young boys and girls who are part of the Academy. My message was that this opportunity and these facilities are the best I’ve seen. They need to believe in themselves and believe that everything is possible and obtainable, and with all the talent that they have got, they just need to put the hard work in.”

Over his 18-year career with London Wasps, Lawrence earned 85 caps playing for England, and was one of just a handful of players to win both the Rugby World Cup and the Sevens World Cup. He joined three tours with The British & Irish Lions: South Africa, 1997; Australia, 2001; and New Zealand, 2005.

Ben Harvey, Managing Director, The Strive Academy, told the athletes: “Being coachable is about being curious. If you’re going to be one of the best players in the world you have to set new standards. The challenge is to think bigger than being the best in Jersey, the Channel Islands, or even the UK.” 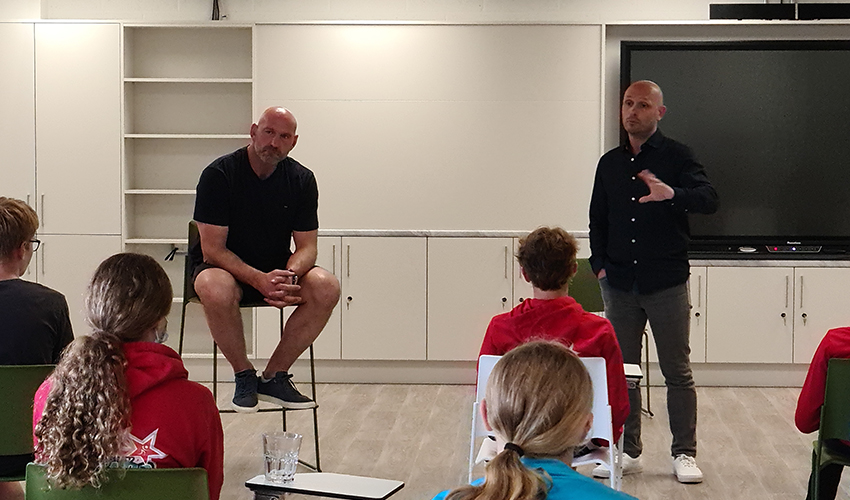 After retiring from rugby, Lawrence began a new career, as a rugby commentator and fundraiser for charities. His testimonial game at Twickenham in 2008 raised over £1.3 million for Help for Heroes, while through Dallaglio Rugby Works he has raised over £10 million to help socially excluded children develop through sport.

James Pountney, CEO, Santander International, said: “Lawrence is one of the most highly regarded players of his generation and an inspiration for future generations of athletes. We were delighted to be able to help bring him to Jersey this weekend and give youngsters, and other Islanders the opportunity to meet him and learn from his experiences.”

Ex-Lions Rory Best and Rob Henderson will also be visiting Jersey to provide commentary at Lions’ games in Jersey Reds clubhouse on Saturday 31 July, and Saturday 7 August, continuing a summer of rugby.