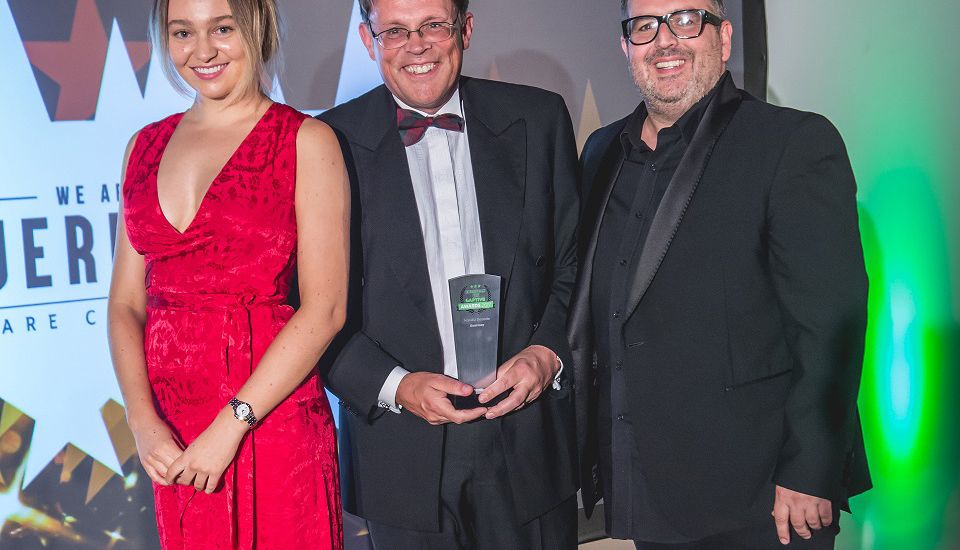 Guernsey has been named the best non-EU domicile at the European & UK Captive Awards.

The awards, hosted by insurance publication Captive Review, recognise excellence in the delivery and management of captive insurance and celebrate those who have excelled in the last year.

Guernsey was named non-EU captive domicile of the year ahead of five other shortlisted jurisdictions: Bermuda, British Virgin Islands, Delaware, Isle of Man and the State of Vermont. The award was collected on behalf of industry by Ian Morris of BWCI.

In announcing the winner the judging panel, which comprised of insurance and captive management professionals with deep expertise in the industry, said they were impressed by Guernsey’s commitment to innovation in alternative risk financing, highlighting the recent formation of Dom Re IC, a Guernsey incorporated cell company issuing digitised notes on a private blockchain.

“I am delighted that Guernsey has received this award. It is recognition of the significant developments which we have seen within Guernsey’s captive insurance sector during the past 12 months,” said Mr Wheatley.

“Innovation remains at the heart of our global insurance offering and is something we will look to build on further as we head into 2018, particularly in the areas of longevity risk, international employee benefits and emerging risks such as cyber.”

A number of firms with Guernsey offices, including Aon, EY, White Rock Group and Willis Towers Watson, were also winners at the event, which was held at Plaisterers’ Hall, London on Tuesday 10 October.

In addition, Nick Heys, Chief Executive of Artex International, was recognised for his outstanding contribution to the industry. The judges highlighted his role as a key player in Guernsey-based Heritage Insurance Management’s growth into Europe’s largest independent captive manager, up until its acquisition by Artex Risk Solutions.

Mr Hey said: “I am humbled to have been recognised by my peers with this award. While it acknowledges my past experience, I am very much looking forward to what the future will bring to Artex and our international operations.”