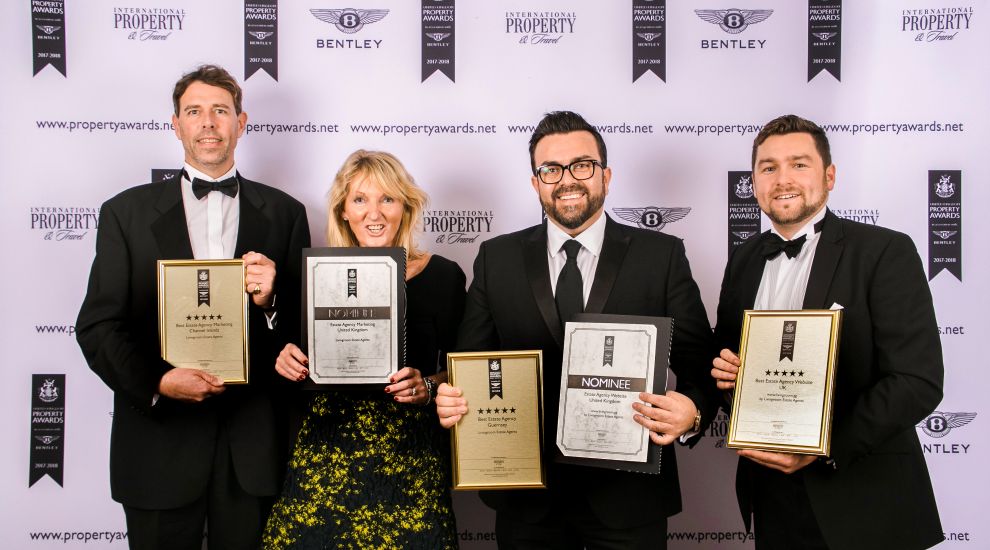 Livingroom Estate Agents will represent the UK and British Isles in an international property awards contest after winning three UK awards at a prestigious ceremony.

The International Property Awards reward the highest levels of achievement by residential and commercial property agents and are contested by agencies from across the UK and around the world; they are the highest accolade and an internationally-recognised mark of excellence for property professionals.

Simon Torode, founder and managing director of Livingroom Estate Agents, collected the awards at a ceremony and gala dinner held on Friday 27 October 2017 at The Royal Lancaster Hotel, London.

“We’re enormously proud of our achievement in being recognised three times by an expert panel of judges,” said Mr Torode. “The impact we, as a single office agency, have had on the awards is absolutely outstanding and we’re really excited to put Guernsey on the map at the international awards in December.

“To have our website judged as the best estate agency website in the whole of the UK is absolutely amazing and is especially so when considering that last year’s winner in the category was Foxtons – a UK agency with 67 offices. To be recognised at the same level as them is testament to some really hard work and a website which is a state-of-the-art showcase for our specialist, in-house design team’s work.

“These awards also demonstrate the talent of our local partners and the skills that Guernsey is lucky to be able to call upon across its professional industries. Thank you to everybody who has supported us over the years - especially our creative collaborations with our digital provider and publication designer TPA and our public relations agency Orchard PR.

“We won two International Property Awards in 2012 so to go one better in 2017 and win three awards has left us in a state of shock. We went into these awards representing Guernsey but will now go on to represent the entire UK and British Isles and we’re excited by the challenge and looking forward to taking Livingroom, our properties and Guernsey onto the international stage.”

Stuart Shield, President of the International Property Awards, said: “Congratulations to all the UK Property Awards 2017-18 winners. Once again the UK's property professionals have excelled in every single category. I now very much look forward to seeing how many coveted ‘World's Best' awards the UK can achieve against strong competition from across the globe in December."