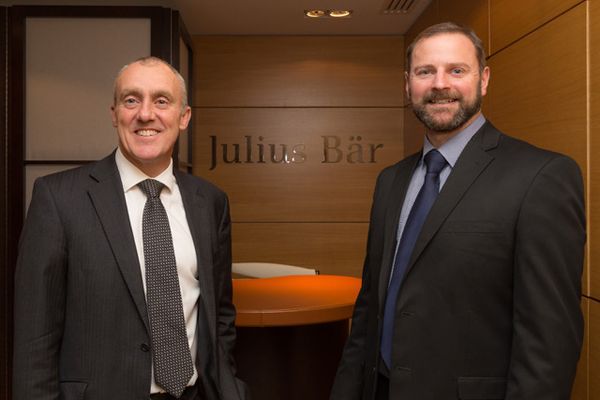 Julius Baer has appointed a new Branch Manager and Chief Risk Officer in Guernsey amid continuing growth for the private bank in Guernsey.

Stephen Burt will lead Julius Baer’s growing team in Guernsey having been promoted from his previous role as Chief Risk Officer and Branch Manager ad interim. He has previously served in a number of technical and client-facing roles within the private bank’s Guernsey branch since joining the business in 2005. In his 36-year banking career, he also held a number of management positions in London, Guernsey and Singapore. Stephen Burt is ACIB and FCCA qualified, and has been an ICA professional member since 2012.

Jon Burrows has been promoted to the CRO role having served as Deputy Chief Risk Officer in Julius Baer’s Guernsey branch for the past five years. A specialist in compliance and regulation, he is a Fellow of the International Compliance Association. His career, which started in 1994, has included a period at the Guernsey Financial Services Commission.

Frank Hoheisel, Head Northern Europe & UK International at Julius Baer, said: “These promotions show how Julius Baer is committed to developing its internal talent and providing opportunities for senior positions on the island.”

“I am proud to have been appointed by Julius Baer as Branch Manager in Guernsey and that Jon Burrows has been promoted to our Chief Risk Officer. I am looking forward to using my experience to lead our Guernsey team to continue to deliver a high level of service, and leading financial solutions for our clients,” said Stephen Burt.

He added: “Jon Burrows has outstanding skills and knowledge around compliance and risk management, and takes a truly collaborative approach to deliver the highest quality service for our clients.”

Julius Baer has seen significant expansion in Guernsey and expects that trend to continue. This is through business generated by the team on the island and also by the increased use of the platform in Guernsey, by the wider Julius Baer Group. “We have seen a steep growth curve in the island over recent years, which has created many local job opportunities, and we will continue to explore further growth potential,” Frank Hoheisel added.