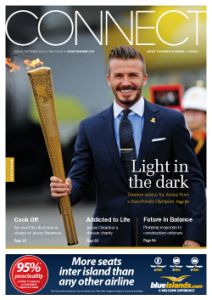 ‘Jam yesterday, jam tomorrow, but never jam today!’ - the line famously spoken by the Queen to Alice in Lewis Carroll’s Alice in Wonderland.

Listening to Senator Philip Ozouf’’s bullish speech at the last Chamber of Commerce lunch, I couldn’t help making a connection.

Construction, retail and tourism all continue to find conditions extraordinarily challenging. I accept that is clearly not unique to Jersey. Yet we’re continually being told about how strong our position is, that there will be ‘jam tomorrow’.

So why does there appear to be a gap between rhetoric and reality? In simple terms, vast sums of money are being vacuumed out of our economy to pay the bills of our expectations.

We expect a great health service; a state pension; social security; good education etc, etc.  What’s changed is that we – that’s you and I - now have to foot the bill, something previously done, to a large extent, by the tax collected from the finance industry.

The advent of the 0/10 tax regime brought with it the Goods and Services Tax at 3% back in May 2008, to raise £45 million. Combined with government spending cuts, it should have been sufficient to balance the books. It wasn’t.

GST climbed again in June 2011 in an attempt to raise a further £30 million, and Social Security contributions on higher income earners increased to raise a further £16 million. 20 means 20 has emptied the pockets of local tax payers still further. Then there are those elusive savings which haven’t quite materialised at the level predicted. All in all, around £110 million is being removed from our pockets, year on year, which used to be ours to spend.

Of course the irony is that the more money the Treasury Minister takes out of the economy to satiate our expectations, the less there is for us to spend. The lower than anticipated first quarter GST figures prove the point.

As one business owner put it to me, we have to somehow open the Jersey Plc. vault. We have a £560 million strategic reserve of which we are told £158 million will have been spent by the end of 2013. That still leaves £402 million.

If we were to reduce GST back to 3% for the next three years, whilst the global economy recovers, the Treasury Minister would need to use a further £100 million from the reserve. Jersey still wouldn’t be borrowing, and more importantly, money would be left in the economy, which would have a beneficial multiplier effect. It may not bring down prices, but it would leave businesses with more money to stay trading, and even to invest.

What we need is some of yesterday’s jam, to sweeten our economy today.