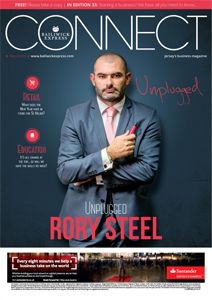 It is not often you see a teacher on the front cover of a business magazine. Yet in Jersey, the most important resource we have is people. The tighter the government vainly tries to close its fist on immigration, the more businesses will be focussing on the local education system, and the people it is producing for them to employ. Now this is where the debate gets interesting, as towards the end of last year, various senior politicians (who had already been in office for long enough to do something about it themselves) turned up the heat on local schools and colleges, saying the system needed to undergo major reform. Why? Well, put simply, because “business as usual” can’t continue – the economy must grow to pay the healthcare costs of an ageing population, and to do that we all need to get much more productive. Hence the current political focus on technology, and skills, as the two most likely drivers of productivity. So far so good.

But put yourself in the shoes of the Island’s teachers. Suddenly, it is up to them to produce (standby, horrible phrase approaching…) ‘oven-ready’ employees, who can step neatly, and with minimal help, off the train from school onto the stable platform  of a local job. As ever, reality is a little different from the political vision. The educational needs vary massively across jobs, let alone the different sector requirements. Which begs the question, are there common skills which all businesses require? For those of you already jotting down some suggestions, I bet the words literacy and numeracy aren’t far from the top of the list – probably followed by IT skills, to form the new triumvirate of essential educational needs.

All of which leads us to this month’s front cover – Rory Steel. He is one of the principal advocates of technology tuition in local schools, and on page 40, he explains why your son or daughter will soon be able to build their own mobile phone app at the age of 11 – quite what that means they’ll go on to do by the time they leave school is another matter.

And to back that up, in this first issue of the New Year, our lead feature develops the same theme – Justin Donovan is the new Director of Education, and so is the man who the politicians will be tasking with reforming the system. On page 22, we look at how he might tackle that fundamentally important job.

The Fool this month looks at risk, and how our attitudes to it are going to have to change fundamentally –  as he explains on page 46, once again, business as usual is not an option.

And as the daily rumble of business begins again after the New Year, Deadly Diary (page 62) looks at what’s in store this month – those of a sensitive disposition are advised to quickly turn the page.

Finally, don’t worry if your New Year’s resolutions didn’t outlive your Christmas decorations. Just like the tree lights, no matter how carefully you store them, they still won’t work next year. Best to recycle them all into one life-changing, nailed-on certainty of a road to happiness: resolve to read Connect.