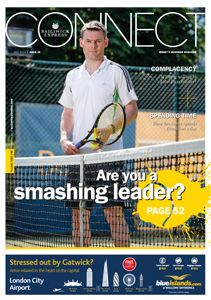 “He’ll be fine, as long as he doesn’t succumb to the Jersey disease.”

When my parents were told that at one mid-teen parent/ teacher evening, I imagine their first instinct was to shuffle discreetly backwards – after all, was it contagious?

Unfortunately the answer is yes, but not in any way recognised by the medical profession.

As he quickly clarified, the “Jersey disease” this particular teacher was referring to is not one that can be avoided with regular hand-washing, it doesn’t react well to medication (well, maybe) and it doesn’t bring you out in spots. On the flip side, it does mean you might spend rather too much time in bed.

Or to put it another way, how hungry are we for sustained prosperity? What choices are we prepared to make to get there?

One man who believes the “Jersey disease” has taken hold is Chris Clark. He’s the CEO of the aptly-titled business, Prosperity 24.7, and on page 40 he explains why Jersey has plenty of work to do before it can live up to the name of his business.

The point is this: do we think an improving market is enough – or are the clients in 2014 looking for very different suppliers than they were in 2008?

If so, for many businesses that means major changes still need to be made – which is where leadership comes in. On page 52, you’ll find the views of one Jerseyman who believes great business leaders are made, not born – and he has the track record to prove it.

Of course, one reason that complacency is so insidious in Jersey is that our politicians continually tell us what a great job they are doing – Jersey might not be perfect, but it’s much better than anywhere else! Indeed. And so in this edition, we thought we’d take a look at government spending, just to see if the numbers revealed anything interesting. Take a look at page 18 for the result.

So for now, sit back, put your feet up, relax and read Connect. There’s plenty of work to do tomorrow.