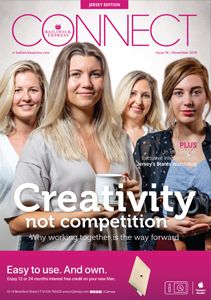 Criticism of the States has become something of a national past-time in recent years. Once you get beyond the standard ‘messenger-shooting’ of trying to argue it’s all the fault of those nasty journalists, you realise it is everywhere. That negativity extends way deeper than the pixels, papers and pronouncements of the media, you find it throughout island life. One of the corollaries of the massive public sector reforms being implemented by Charlie Parker is that he clearly believes there was (and is) a huge amount which needed to be changed - in fact, it makes you wonder how the island even got out of bed in the morning, given the scale of problems our government must have had! It’s a strange schizophrenia, when we on the one hand, find ourself arguing that Jersey is a beautiful place, with money in the bank, great career opportunities for our children, a very high standard of living and a relaxed and friendly population…but also, somehow, has, if the scale of the reforms are a guide, clearly the worst government ever, one that makes the sociopathic Emperors of Rome look sane, benevolent and in fact, rather cuddly.

One lady has the job of pausing, researching, and working out the truth in that perceptual dichotomy. It was her report which blew the lid on the ill-fated Innovation Fund, leading to political resignations, official censure and a police investigation. She has also exposed poor health service management, revealed major problems in the way the States manages public property, and castigated the controls over how our money is spent.

In fact, you might imagine that a report from the Comptroller and Auditor General is about as welcome to a civil servant as Charlie Parker popping in for ‘a quick chat.’

That lady is Karen McConnell, and she usually chooses to stay out of the limelight, opting to publish her carefully thought through reports and then make very little, if any, further comment on them - that way, they speak for themselves.

But you’ll find an interview with her on page 18 of this edition, in which she explains that actually she tries to be constructive in her criticism, and she gives evidence of how although her comments might make very painful reading, they are actually being taken on board.

And she argues that the fact Jersey’s public sector deliberately bares its face to the cold scrutiny of her gaze, is evidence itself of a willingness to change and do better.

Nah, I’m not buying it. States baiting is a sport, and once we’ve exhausted the weather, what else is there to talk about as you hover around the poseur tables at networking events? Much better to get stuck into how we’ve got the worst possible government ever, it’s all going wrong, and the island’s public sector is going to hell in a handcart…but you know, actually, the kids are doing rather well at school, the streets are (largely) safe at night and those doctors/nurses in the hospital, well they are just wonderful aren’t they?

As I said, it’s a sport, and Jersey is the world champion. Enjoy Connect.