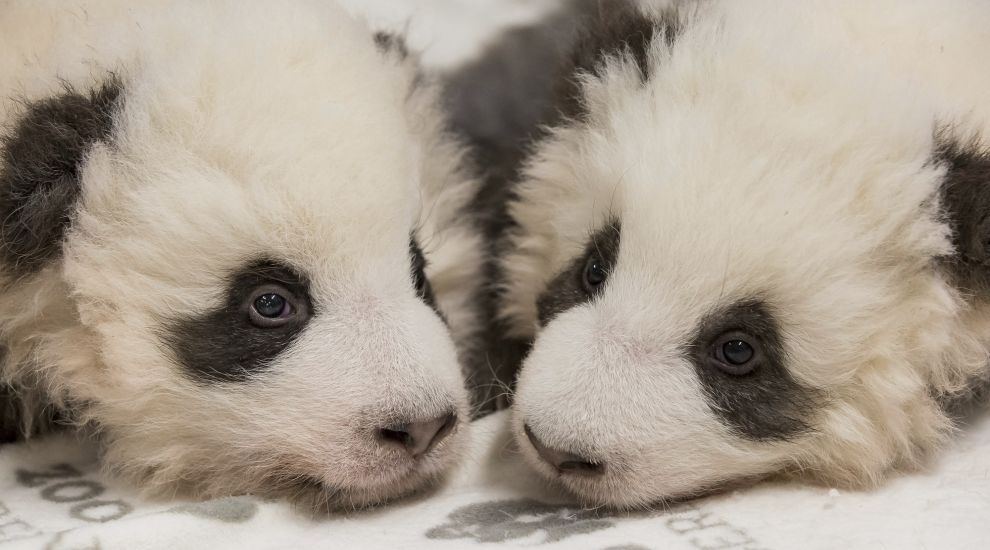 A zoo in Berlin has said twin panda cubs born this summer are developing well.

The zoo said the two cubs each now weigh about 11lbs — quite an increase from when they were born on August 31, weighing 6.56oz and 4.8oz.

Zookeepers initially hand-fed the cubs — the first giant pandas born in Germany — with bottles of milk from mother Meng Meng, but they now feed on their own.

She and father Jiao Qing came to Germany from China two years ago.

There are fewer than 2,000 of the endangered pandas estimated to be alive in the wild today.

The cubs have not yet been named or shown to the public.