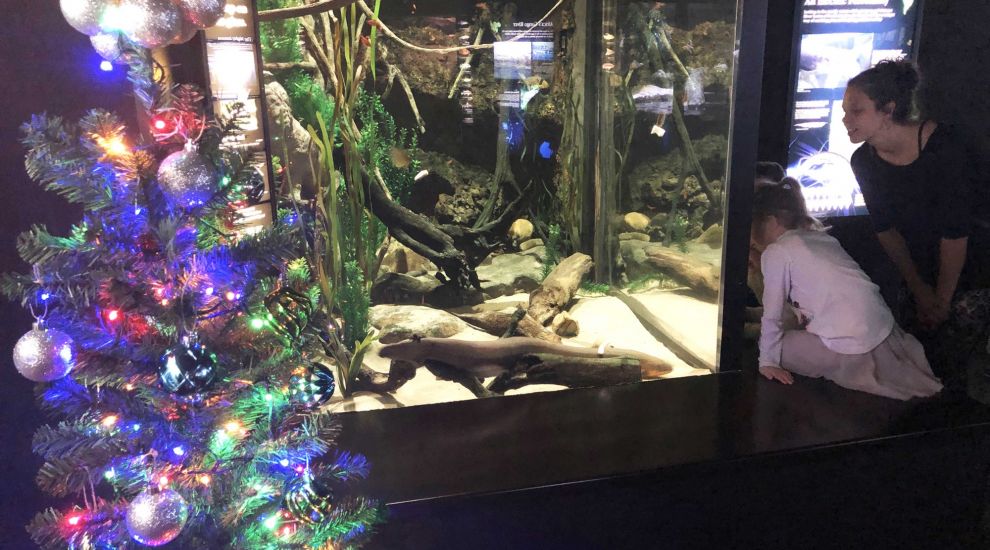 Christmas lights are being controlled by an electric eel at one aquarium in the United States.

Visitors to the Tennessee Aquarium’s Holidays Under The Peaks season in December will see lights on a tree flashing at varying intensities based on the electricity being emitted by an eel named Miguel Wattson.

“Whenever Miguel discharges electricity, sensors in the water deliver the charge to a set of speakers,” said Joey Turnipseed, the aquarium’s audiovisual production specialist.

“The speakers convert the discharge into the sound you hear and the festively flashing lights.”

While the lights are not being directly powered by the eel’s electrical discharges, the brightness of their flashes reflect the intensity of the electricity detected by the sensors in the tank.

The exhibit has been named Shocking Around The Christmas Tree by the aquarium.

Aquarist Kimberly Hurt said the lights blink dimly as the eel releases “low-voltage blips” when he is looking for food, while brighter flashes “are caused by the higher voltage shocks he emits when he’s eating or excited”.

This is not the first time Miguel’s electric jolts have been put to an unusual use – they also generate the tweets on his own Twitter account, which has over 35,000 followers.