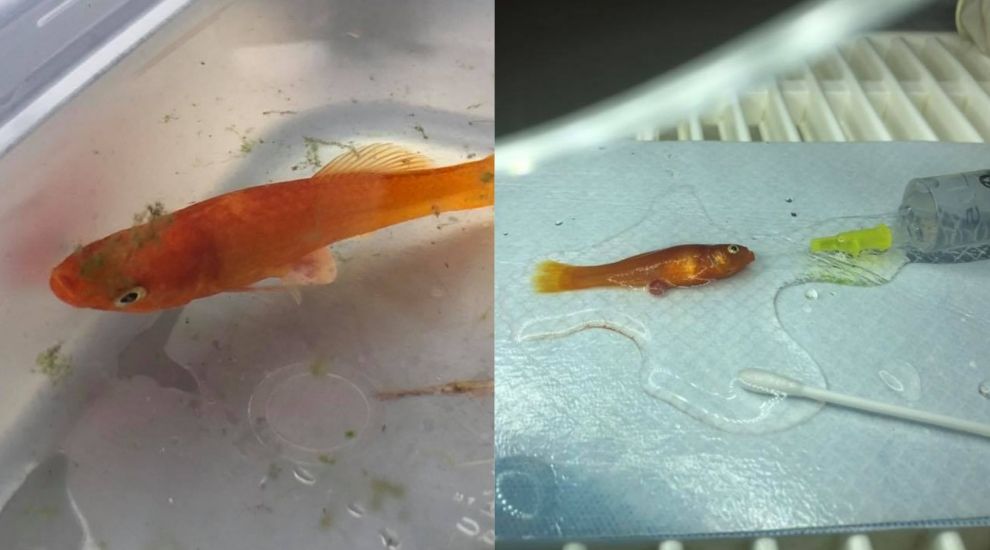 An exotic fish weighing less than a gram has made a full recovery after surgery to remove a soft tissue mass on its stomach.

Staff at Highcroft Vets in Bristol operated on the poecilia sphenops, commonly known as the molly fish, which was about one inch long.

Sonya Miles, an advanced practitioner in zoological medicine, and nurse Laura Warren performed the operation on the fish named Molly, which took around 40 minutes.

In a Facebook post detailing Molly’s operation, the clinic said: “We are pleased to say the fish made a full recovery and returned home the same day. The little one is now back to normal and eating well.”

Ms Miles explained that fish must be anaesthetised in a different way to mammals, letting a solution flow over their gills before performing surgery.

She told the PA news agency: “We use a water-soluble anaesthetic, so we allow them to swim around in it until they fall asleep. We know they’re asleep when they lose their righting reflex, so they’re floating essentially.

“We catheterise their mouth and gently make different concentrations of an anaesthetic solution flow over their gills.

“With one that was less than a gram, it was pretty tricky.”

Ms Miles said fish cannot be stitched up as mammals can, so she used an adrenaline swab to constrict blood vessels, then a waterproof paste which heals the flesh underneath.

The operation cost under £100 for Molly’s owners, and took around 40 minutes from anaesthesia to waking up.

At under one gram, Molly is the smallest animal Ms Miles has performed surgery on.

She said: “It was very much a team effort for the whole department.

“There are things that can be done for even the smallest patients.”