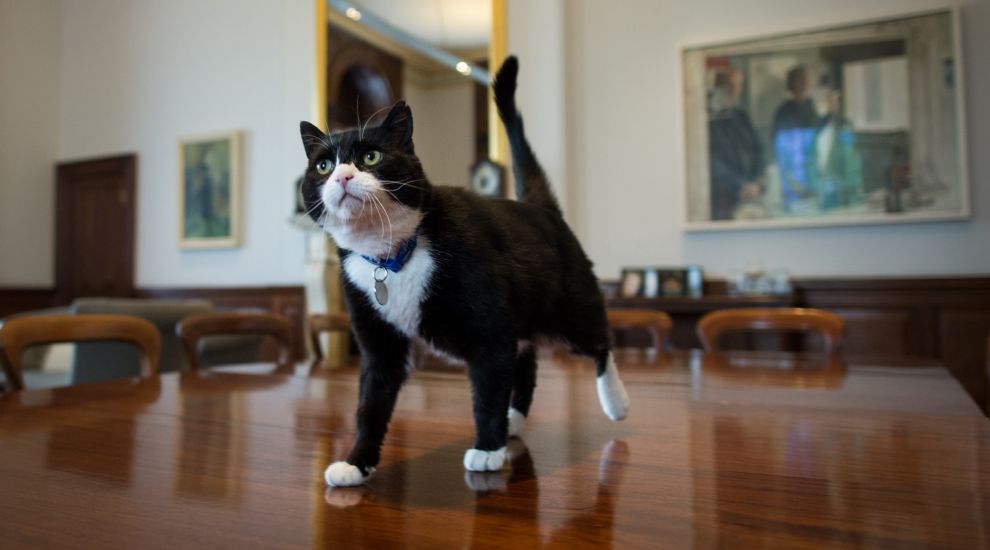 Palmerston, the Foreign Office cat, has returned to work after six months recovering from stress.

Those working at the Foreign Office have been given a strict warning not to touch him unless approached and to stop feeding him treats.

The cat, a rescue animal from Battersea, was taken out of the house earlier this year after he was found to be overweight and suffering from stress – grooming all the hair off his front legs.

Staff have now been told no-one other than Palmerston’s carers should feed him, and they should not touch the chief mouser unless he approaches them.

The cat has been given a new territory, which will be nicknamed the Palmerston Zone.

In a letter, seen by the Telegraph, Sir Simon McDonald – a senior civil servant in charge of Palmerston’s wellbeing – told staff: “Cats are territorial. They fret when their territory is bigger than they can manage. They can cope with an ever smaller territory as they age.

“Palmerston has been king of King Charles Street, roaming from basement to fourth floor (with quad, Downing Street and occasionally St James’s Park thrown in) for nearly four years.

“With the vet’s help, we have mapped a more manageable territory: the offices and area surrounding the Grand Staircase.  Heavy doors mark the limits, now with (discreet) stickers proclaiming, ‘You are entering/leaving the Palmerston Zone’.”

Staff have been told to respect the zone and return Palmerston if they find him further afield.