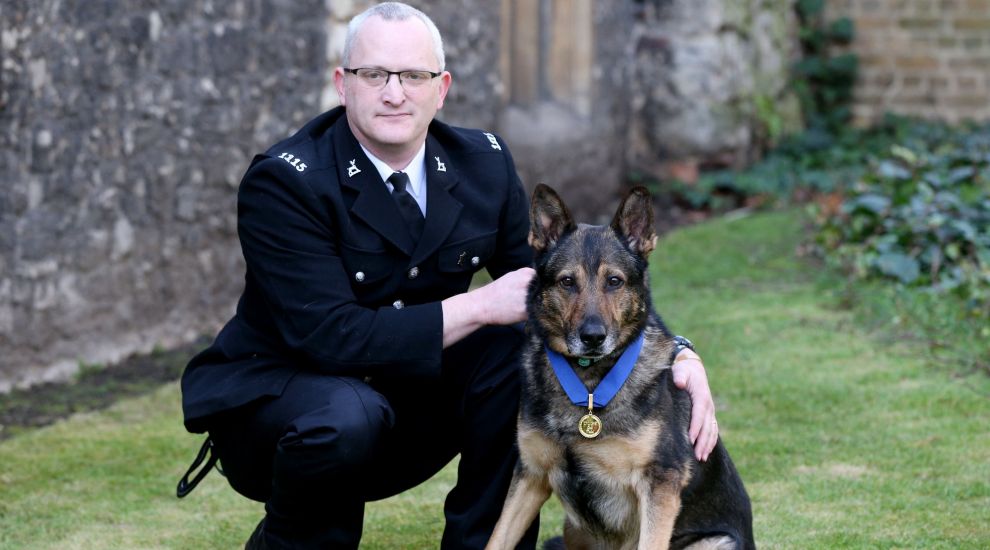 A Scottish Government minister has met a police dog that inspired a change in the law after being stabbed on duty.

Finn was left with near-fatal injuries after being attacked when chasing a suspect.

Legislation in place at the time meant the offence could only be classified as criminal damage.

But a new law, named after Finn, was introduced at Westminster in June to bring in tougher penalties for people who harm service animals, such as police dogs and horses.

She said: “Like so many of our service animals, Finn selflessly put himself in the way of danger in order to protect us and was very nearly killed in the process.

“Thankfully he survived and, after some equally tenacious campaigning from Dave, they were able to have the law changed in England to provide service animals with the protection they deserve.

“This week’s Programme for Government announced the Scottish Government is set to create new legislation to further protect animals and wildlife, which will include an increase in the maximum available penalties for the worst offences and includes implementing Finn’s Law.”