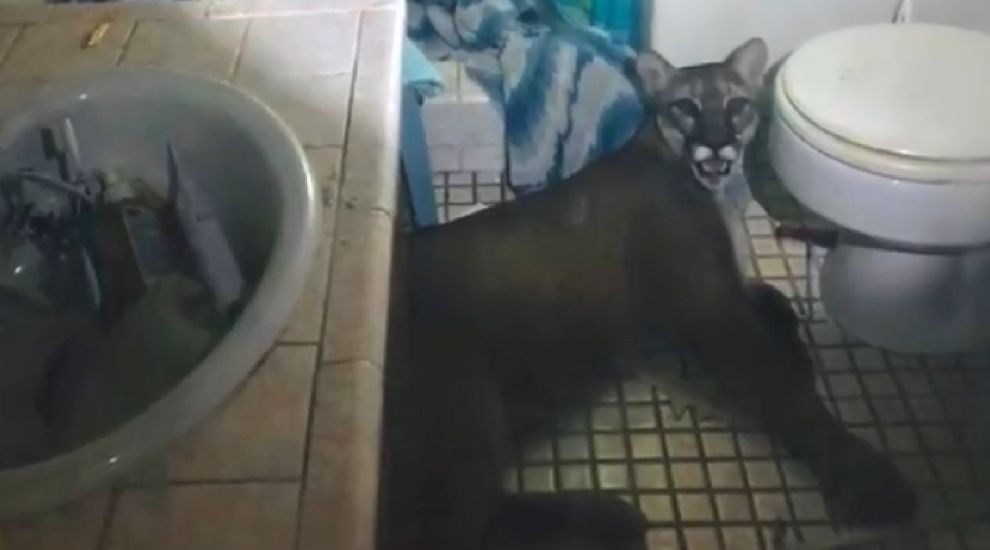 Intruder in bathroom turns out to be mountain lion

Intruder in bathroom turns out to be mountain lion

Officers called to a reported break-in were confronted with a mountain lion trapped in a bathroom.

Sheriff’s deputies in Tuolumne County, California, were called to a home in Sonora – around 50 miles from Yosemite National Park – where the big cat had entered the building through an open door.

A Facebook post read: “The perpetrator slyly made his way through the open front door of the home.

“He did not threaten the resident or steal anything. After being spotted, he tried to make a run for it but ended up cornered in a bathroom.”

Deputies worked with officials from the California Department of Fish and Wildlife to remove the animal – also known as a cougar or puma – by breaking the bathroom window and placing a plank for it to walk down.

According to deputies, the mountain lion got “a stern warning about the break-in before being released”.

While mountain lions are common in that area of California, incidents like this one are relatively rare.

Deputies said: “Fish and Wildlife do not consider mountain lion sightings near human habitation a public safety concern as long as the lion is not exhibiting aggressive behaviour towards people. Mountain lions tend to be shy and extremely stealthy.”