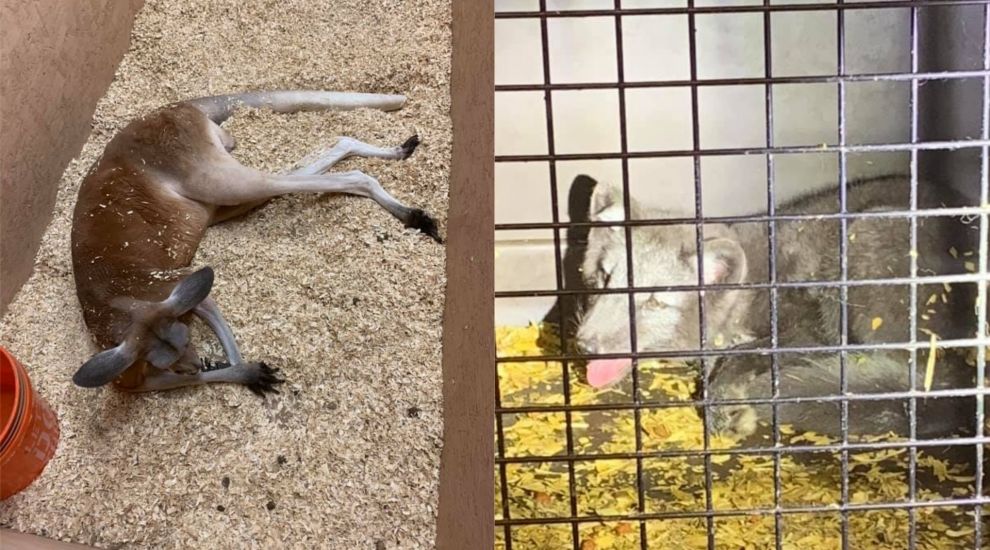 Kangaroos, peacock and python rescued from house compared with Jumanji 3

Kangaroos, peacock and python rescued from house compared with Jumanji 3

More than 300 hedgehogs, two kangaroos and an arctic fox have been rescued from a house in the US.

Police officers who raided the home in Romulus, Michigan, compared the scene that greeted them inside the “unassuming” building with the film Jumanji 3.

Police received reports of a baboon in the house, but these turned out to be unsubstantiated.

Posting on Facebook, Romulus Police department said: “Before anyone asks, no you may not have a hedgehog.

“All of the critters were turned over to individuals that could properly care for them.

“We have identified the individual we believe to be the bootleg zookeeper, and are looking to have a word with him.”