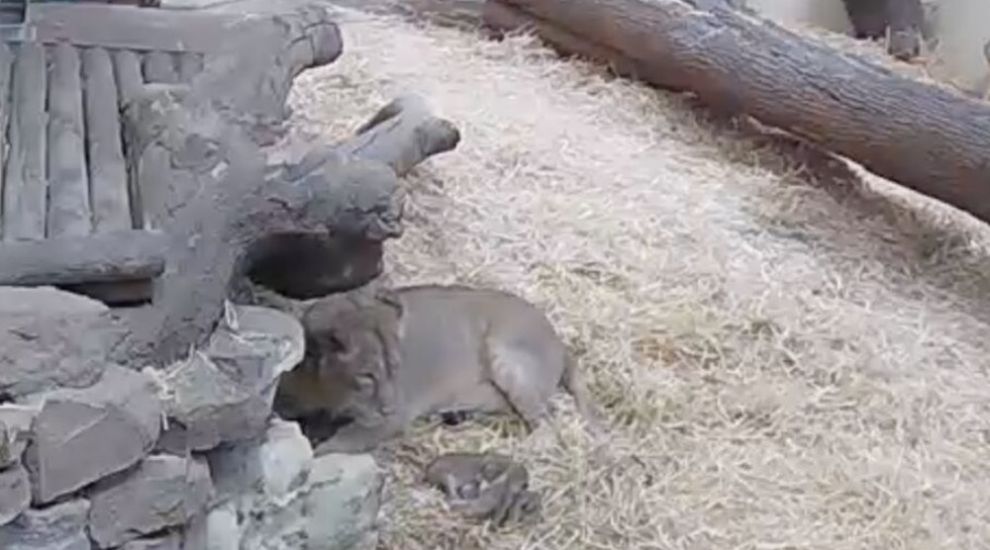 A litter of lion cubs from an endangered subspecies has been born at Edinburgh Zoo.

The Asiatic lion cubs, born just three weeks ago, are still being nursed by their mother Roberta and are not yet on view to the public.

Staff at the Royal Zoological Society of Scotland’s (RZSS) Edinburgh Zoo Staff are delighted with the new arrivals but say the coming months are crucial.

Alison MacLean, the zoo’s head of carnivores, said, “Mum and cubs are doing well and we are thrilled, though we remain cautious as this is still a very delicate stage, with two of the litter sadly not having survived.

“Public viewing is therefore closed at the moment to give the family lots of peace and quiet.

“The three cubs will be weighed and sexed during their first health check in the coming weeks. We will also name them shortly after.

“Their dad Jayendra is being very affectionate and will stay with Roberta and her youngsters.”

Jayendra arrived in Edinburgh from Bristol Zoo in 2012, with Roberta following from Magdeburg Zoo in Germany two years later.

Asiatic lions are generally smaller than African lions and the males do not develop such a substantial mane so their ears are more visible.

They previously existed across south-west Asia but are now only found in Gir Forest in India.

The wild population is estimated to be only 350, with threats including poaching, habitat destruction, conflict with humans and a declining number of prey animals.

Mrs MacLean said: “Roberta and Jayendra are part of the European endangered species programme, with every birth being a potential lifeline and increasing the possibility of future generations being reintroduced into the wild.”