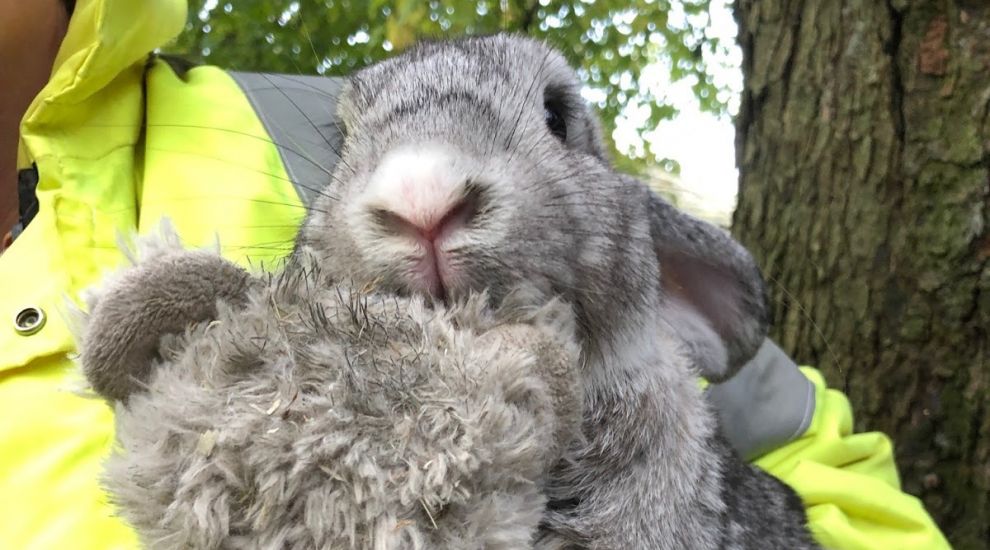 ‘Sweet’ rabbit rescued after being found with his favourite teddy bear

‘Sweet’ rabbit rescued after being found with his favourite teddy bear

A rabbit has been rescued by the RSPCA after being found in a cardboard box with a teddy bear.

The grey lop-eared rabbit has been named Nigel by RSPCA staff, and is being cared for by an animal boarding facility in Kent after being found by the side of the road in Lewisham on Tuesday.

Nigel was found with a grey teddy bear by a member of the public, and will be rehomed if his owners are not found.

Animal collection officer Lisa Miller, who collected Nigel, said: “This poor rabbit had been abandoned in a box in very cold conditions but luckily a kind member of the public spotted him and contacted us.

“He looked so sweet hopping around carrying his little teddy bear. He’s clearly quite attached to the bear, so he must have been living in a home before this.

“No pet should be left out in the cold and vulnerable like this. Nigel was very lucky that he was found when he was.”