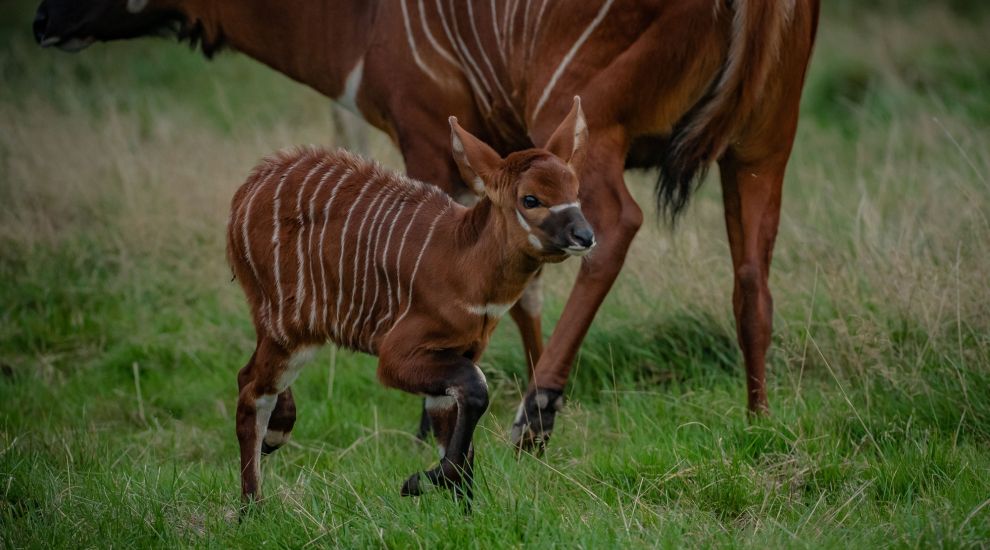 One of the world’s rarest mammals has given birth at Chester Zoo.

It is estimated that only 70 eastern bongo antelopes remain in its native east Africa, with the new calf the first of the subspecies to be born at Chester Zoo for 11 years.

First-time mother Safi gave birth to the female calf on September 4 after a nine-month gestation.

The animal, which is now found in one remote area of Kenya, is listed as critically endangered by the International Union for the Conservation of Nature.

Sarah Roffe, team manager at the zoo, said: “Eastern bongo are notoriously shy and elusive animals and newborns will naturally look to take cover to protect themselves.

“We have, though, been able to determine that Safi’s calf is a beautiful girl. She’s ever so well so far, and is starting to explore her habitat here more and more.

“Calves have these incredible large ears which help them to hear approaching predators. At the moment, the new calf’s ears are so big that they almost look out of proportion with her body – but she will grow into them.”

The zoo, in partnership with Manchester Metropolitan University, is supporting research on the subspecies in Kenya, as well as working with researchers on a potential reintroduction strategy for the endangered animals.