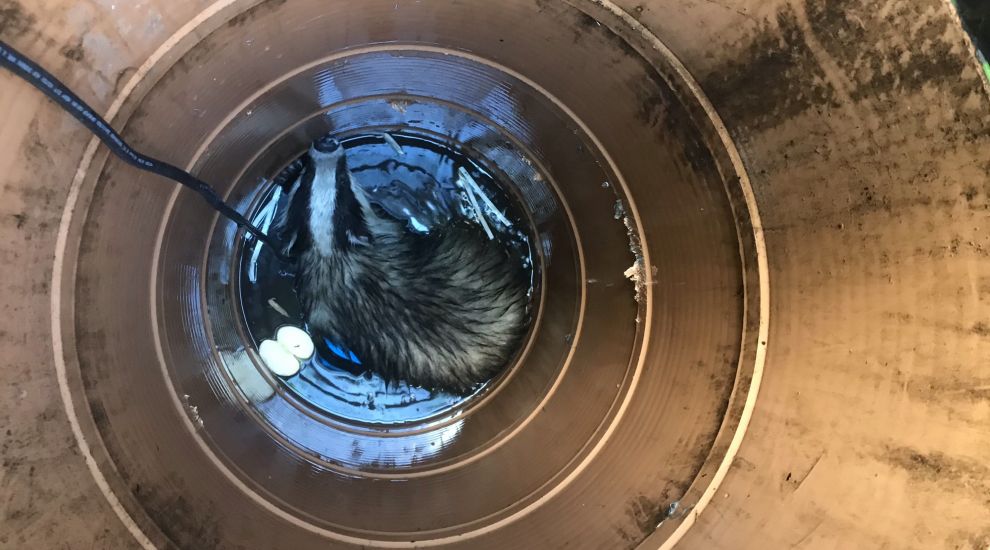 The RSPCA had to rescue a bedraggled badger in Bradford after she fell 6ft down a drain which had been left uncovered after the recent bad weather.

Animal collection officer John Greaves was called to a large property in Thornton Road after a groundsman at the house spotted the stranded female who was stuck in the 2ft wide opening.

The manhole cover had been left open due to the recent rain which has caused flooding in West Yorkshire.

The charity shared footage of the badger being released into the back garden of the property once Mr Greaves had reached in to carry out his rescue.

The RSPCA man said: “The groundsman spotted this poor, bedraggled badger down the drain and called us.

“The drain had only been opened earlier in the day so luckily, the badger hadn’t been down there too long and she wasn’t injured.

“I managed to lift her out and check her over so released her there and then.

“It was a lovely, large private house with extensive grounds and I suspect she may have had cubs back at the sett so I wanted to get her back into the wild as quickly as possible.

“She scurried off across the lawn and into the undergrowth – she knew exactly where she was going and was obviously in a rush.”

The RSPCA advice to members of the public is call them out if they find an injured or trapped wild animal.

Mr Greaves said: “Badgers are beautiful creatures but they have sharp claws and a mouth full of teeth.

“They can scratch and bite when they’re distressed or in pain so it’s really important to keep a safe distance and call for help if you find one in need of assistance.”