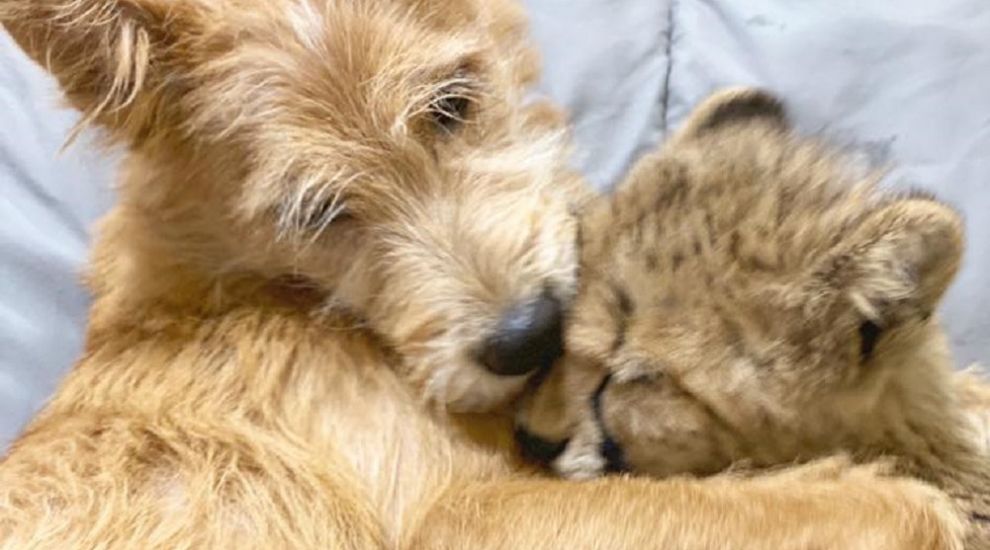 A video of a cheetah cub and a puppy enjoying a “BFF sleepover” has gone viral.

The pair, Kris and Remus, are seen snuggling up together and grooming each other in the clip released by Cincinnati Zoo.

The video has caught the imagination of animal lovers online, having clocked up over half-a-million views on Facebook and gained numerous reposts on other social media sites.

While the friendship may seem unusual, the pairing is not uncommon at zoos and will ensure Kris, the young cheetah, is able to grow up healthily.

Kris was the only cub to survive a litter born at the zoo earlier this year.

Cheetahs typically give birth to litters of around six and if not many live the mother will often abandon the survivors and even stop producing milk, allowing her to breed again more quickly.

If this happens to big cats at the zoo, the surviving cub or cubs will often be hand-reared by keepers.

The cats are then paired up with a suitable dog who will help provide companionship to them as they grow, replicating the relationship they would have with their siblings.

According to the zoo, the animals will naturally become detached from each other as they grow older, with cheetahs – who are solitary by nature – typically wanting to strike out on their own at the age of two or three.

When that happens to Kris, Remus – a local rescue dog – will be adopted by a member of zoo staff.

According to Cincinnati Zoo, it has had “six successful” big cat and dog pairings.