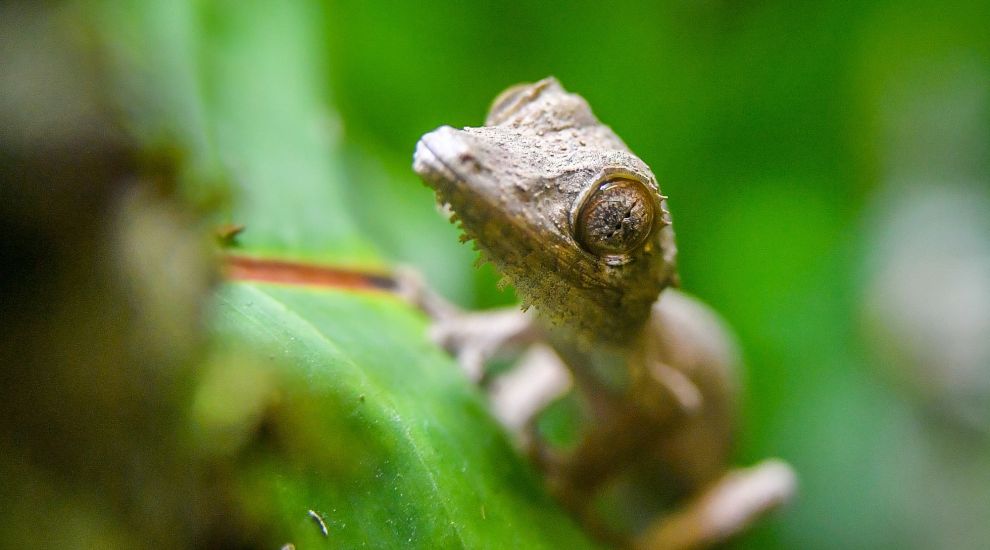 A tiny gecko has hatched at Bristol Zoo as part of efforts to save the vulnerable species.

The Henkel’s leaf-tailed gecko, which has not yet been named, is the fourth to be bred at the zoo in the past 12 months.

It emerged from an egg that was just 1.5cm in diameter after being incubated at room temperature for three months.

Leaf-tailed geckos are able to blend in with their surroundings, especially when they rest on a branch or trunk.

Tim Skelton, curator of reptiles and amphibians at the zoo, said: “They are remarkable and trying to spot them even in a relatively small enclosure is almost impossible.”

In the wild, leaf-tailed geckos are classed as vulnerable, according to the International Union for Conservation of Nature (IUCN).

They are found in the north and west of Madagascar, where their natural habitat is being destroyed for agriculture.

Many of the creatures are also taken to be sold as pets.

There are currently about 70 of the Henkel’s leaf-tailed geckos in zoos across Europe.

Mr Skelton said: “We have several more eggs incubating, so we are hopeful they will hatch in the coming weeks.

“We hope that our breeding programme together with those at other zoos will help to safeguard their future.”